WORLD Protesters march across US

Protesters march across US 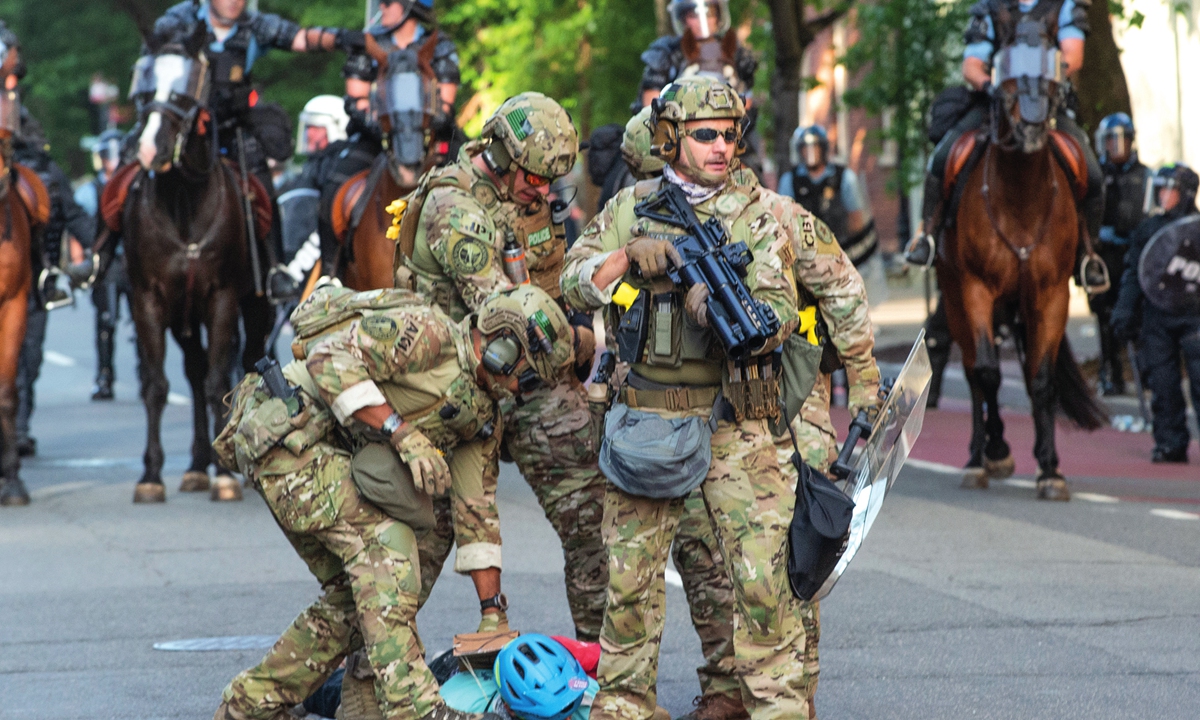 Tens of thousands of peaceful protesters rallied for racial justice Saturday in cities across the United States following the death of George Floyd, as the movement triggered by his killing at police hands entered a second weekend.

Protests took place from New York to Los Angeles but Washington DC was at the epicenter, as thousands of people - black, white and brown - flooded downtown streets surrounding the White House, which was barricaded with black metal fencing.
"This fight has been happening for many, many decades, hundreds of years, and at this point, it's time for a change," said Washington native Christine Montgomery.
"I'm here so my son is not the next hashtag that is circulating worldwide," she added, indicating her 10-year-old child standing next to her.
On a sunny but oppressively hot day, many people wore masks because of the coronavirus pandemic.
Volunteers gave out water, hand sanitizer and other supplies as the area took on a block party vibe, with music, mural painting, food trucks, and vendors selling Black Lives Matter T-shirts.
Helicopters circled overhead as some protesters danced - but the pain which drove many into the streets was never far below the surface, as others yelled "This ain't no party!"
Military personnel as well as police watched over the gathering. But there appeared to be fewer than on previous days, and some gave the protesters small smiles and waves as they marched by.
On the National Mall, fencing and uniformed guards blocked protesters from the steps of the Lincoln Memorial where civil rights icon Martin Luther King Jr famously delivered his "I have a dream" speech in 1963.
"Martin Luther King stood here, and after so many years we are back here with a new message of hope," said Deniece Laurent-Mantey, 31.
The protests were ignited by videos of a police officer kneeling on Floyd's neck for almost nine minutes as he pleaded for his life - the latest unarmed black person to be killed by white law enforcement officers.
The officer, Derek Chauvin, has been charged with second-degree murder.
The rage since Floyd's death in Minneapolis on May 25 has exploded into the most serious civil unrest in America since King was assassinated in 1968.
Peaceful protests swelled Saturday in other US cities: Tens of thousands rallied across New York City and Philadelphia; Chicago shut down the iconic Lake Shore Drive to facilitate protests; and demonstrators marched in Los Angeles.
But the demonstrations in Washington were the biggest since protests began in Minneapolis before spreading across the country and then abroad.
"Today, the pain is so raw it can be hard to keep the faith," tweeted Democratic presidential hopeful Joe Biden.