WORLD Protesters march against anti-Asian racism in US

Protesters march against anti-Asian racism in US

Thousands of Americans marched at rallies on Sunday to denounce anti-Asian racism following the mass shooting last week at Asian-owned spas in the state of Georgia. 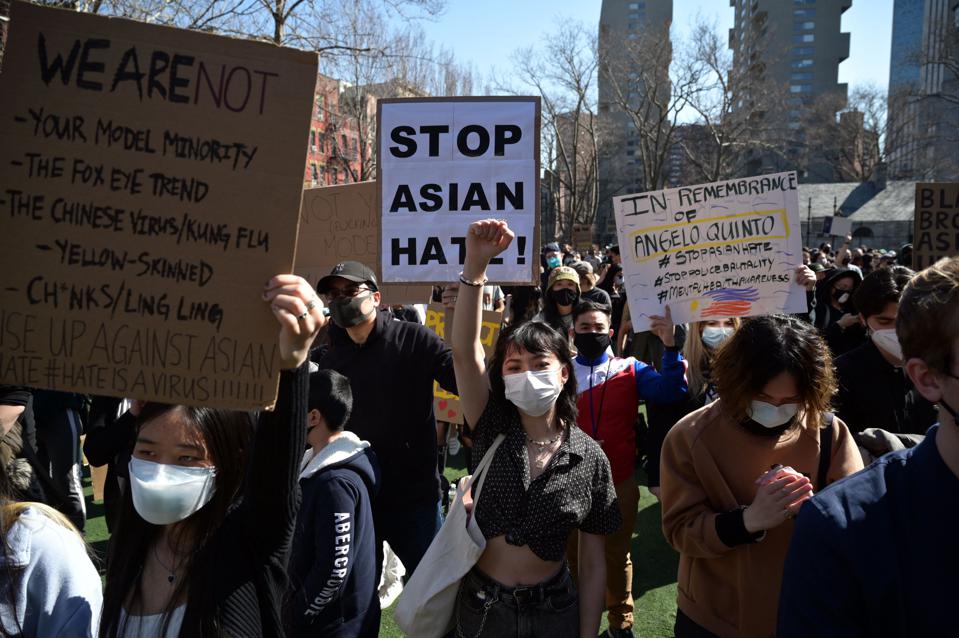 Protests took place in major cities including Atlanta, where the shooting occurred, New York and Washington, as well as a protest in Montreal, Canada.

Xin Hua, an Asian-American woman, said she was "really angry" that police in Atlanta have yet to say the shooting was racially motivated.

"The fact is that six Asian women were killed," the 37-year-old told AFP in Washington, where hundreds of protesters had gathered.

The shooter, Robert Aaron Long, was arrested Tuesday after opening fire in three Asian massage parlors in Atlanta and the city suburbs. He admitted to the crime and was charged with murder.

But during his interrogation, Long denied he had been motivated by racial hatred, claiming instead he had a sexual addiction and wanted to "eliminate" a temptation.

"I am not your temptation," read the sign carried by Kat, an Asian-American woman at the Washington protest Sunday.

"I've been approached on dating apps by men saying, 'I need to cure my yellow fever,'" the 31-year-old told AFP, pushing back against the sexual fetishization of Asian women.

In New York, mayoral candidate and former Democratic presidential hopeful Andrew Yang invited demonstrators to raise their hand if they had seen a spike in anti-Asian racism since the start of the pandemic -- which activists say was fueled by former president Donald Trump repeatedly calling Covid-19 the "China virus."

Hundreds of people also marched in Montreal on Sunday, according to an AFP photographer.

"We are protesting against years of anti-Asian racism, fomented by a white supremacist president in the US who insisted on referring to the virus as the 'china virus,' which has encouraged hatred and attacks on all kinds of oppressed minorities," said May Chiu of the group Progressive Chinese of Quebec, one of the groups that organized the march.