NEW DELHI - Farmers protesting in India against three new farm laws passed last year, have given a call for a 12-hour countrywide shutdown on Friday beginning at 6 am. 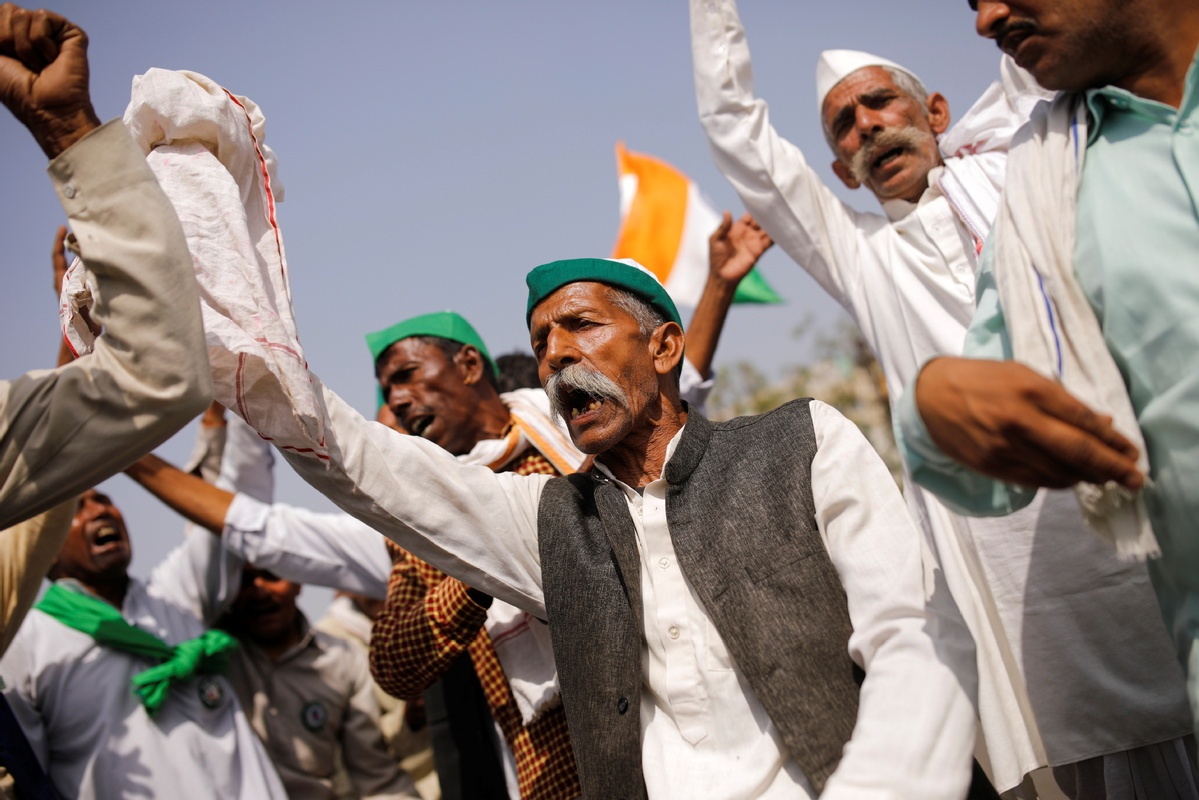 Farmers dance as they sing a folk song during a 12-hour strike, as part of protests against farm laws, on a highway at the Delhi-Uttar Pradesh border in Ghaziabad, India, March 26, 2021. [Photo/Agencies]

Extra police deployment could be seen on the roads since early morning in the wake of the shutdown call.

The shutdown is expected to have more effect in northern states of Punjab and Haryana, western state of Rajasthan, and some parts of Uttar Pradesh adjoining Delhi, as compared to the rest of the country.

The farmers appealed to all business establishments, including shops, to remain closed on Friday, besides road and rail services.

They have been protesting against the three farm laws since Nov 27. After being denied entry into Delhi to carry out their protests, the farmers sat down at inter-state borders around Delhi turning the protesting sites into makeshift camps.

While the farmers argue that the three new farms laws enacted by Prime Minister Narendra Modi's government were detrimental to their farming interests, the Centre Government maintains that the new legislations would actually result in increasing their incomes.

It has been almost four months since the farmers' protests, but neither side seem to be budging. The farmers' unions have announced to carry on with their protests at least till Oct 2, the birth anniversary of Father of Nation Mahatma Gandhi.