WORLD Protests around Lebanon as local currency continues to slide

Protests around Lebanon as local currency continues to slide

Lebanon’s currency plummeted to a new record low on Saturday, continuing its crash amid a worsening economic crisis that has triggered near-daily protests throughout the tiny Mediterranean country. 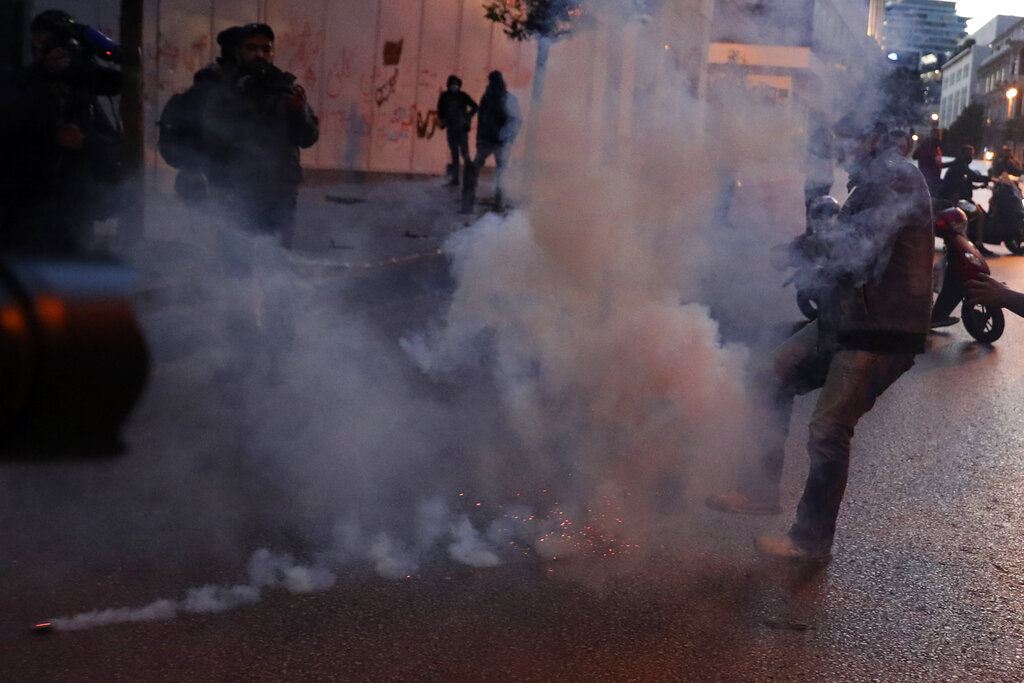 A protester kicks back a tear gas canister toward the riot police, during a protest near Parliament Square, In Beirut, Lebanon, Saturday, March. 13, 2021. (Photo: AP)

Among the Saturday afternoon protests was a small one near parliament, where riot police fired tear gas to disperse scores of young men throwing stones at security forces. The protesters also tried to break through a metal gate leading to the legislature.

Lebanon’s worst economic crisis in decades began in October 2019 and worsened with the spread of coronavirus and a massive explosion in Beirut in August. The blast of nearly 3,000 tons of ammonium nitrate, a highly explosive material used in fertilizers, killed 211 and wounded more than 6,000.

In addition to Beirut, there were also protests in other cities such as Tripoli, Sidon and Tyre, as well as road closures in different parts of Lebanon.

The Lebanese currency hit a new record low on Saturday, reaching about 12,500 pounds to the U.S. dollar on the black market. The official rate remains at about 1,500 pounds against the greenback. Commodities and consumer goods are mostly imports and prices have thus soared.

Lebanon’s economic and financial crisis has become worse in recent weeks as political bickering between rival groups has delayed the formation of a new Cabinet.

The World Bank said in December that that Lebanon’s gross domestic product shrank at least 19.2% in 2020 alone.

In March last year, Lebanon defaulted for the first time ever on a payment on its massive debt amid ongoing popular unrest. Lebanon’s debt reached $90 billion or 170% of GDP, making it one of the highest in the world.

The crash has raised concerns over the country’s stability as crime has risen and tens of thousands of people lost their jobs over the past year.