WORLD Protests erupt across US over new attorney general appointment

Protests erupt across US over new attorney general appointment 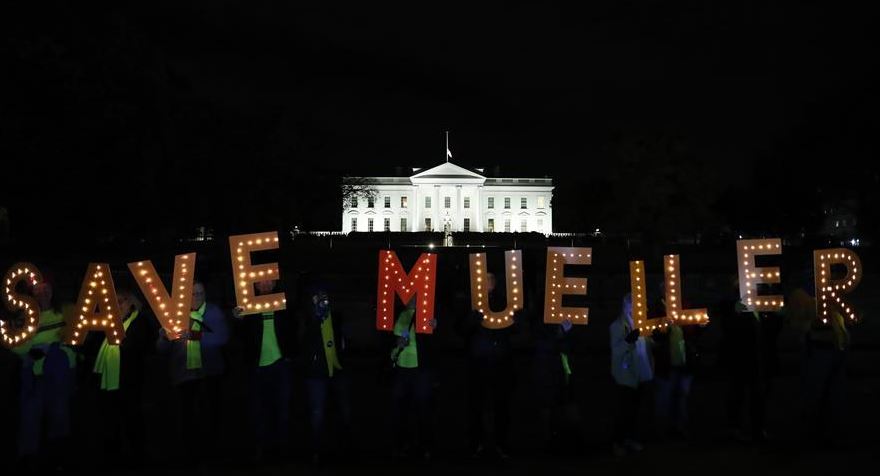 Protesters gathered in multiple US cities Thursday to express concern that the newly appointed US attorney general may hinder the Russia probe. (Photo: Xinhua)

WASHINGTON, Nov. 8 (Xinhua) -- Protesters gathered in multiple US cities Thursday to express concern that the newly appointed US attorney general may hinder the Russia probe.

In the capital city Washington DC, protests began emerging late Wednesday and continued Thursday near the White House to support Robert Mueller, a special counsel who is tasked by the Department of Justice to lead the Russia probe.

At least 1,000 people rallied in Lafayette Square at dusk, holding signs reading "SAVE MUELLER," as concerns were raised that the newly appointed acting Attorney General Matthew Whitaker, who is likely to oversee Mueller's investigation, may curtail the effort aimed at addressing allegations that the Trump campaign had colluded with Russia prior to the 2016 presidential elections.

Jordan Uhl from Nobody is Above the Law Network, an organizer of the rally, said over 30 advocacy groups across the country joined together in organizing rallies.

"Hundreds of cities across the country are peacefully protesting later today because the American people expect the president of the United States to play by the rules and lawbreakers to be held accountable," Uhl said. "The American people deserve the truth. And they deserve accountability."

In New York City, thousands turned up at Times Square, holding posters that read "Hands off Mueller" and "Protect the investigation," and chanting slogans like "We want justice, now!"

The crowd marched toward the Union Square in downtown Manhattan after a brief stay in the bustling commercial area amid tight police security.

Ann Shirazi, a female protester, said by installing a new attorney general, the White House was inserting partisanship into the investigation.

In the central city of Cincinnati, several hundred people marched through the downtown area, with some questioning the legitimacy of appointing Whitaker to replace ousted Attorney General Jeff Sessions without Senate approval.

Similar protests took place in numerous other cities, including Boston, Seattle, Sacramento, Portland, Denver, as well as in many smaller towns and communities.

"ProtectMueller" has become a trendy hashtag on twitter, under which users are sending angry messages and uploading photos and videos of protests from across the country.

Trump on Wednesday announced Sessions' departure and that he would be replaced by Whitaker. The move was widely believed to have rooted in Sessions' decision to recuse himself from Russian probes, which was viewed as an action of disloyalty by Trump.

Trump has repeatedly bashed Sessions, fueling long-running rumors that Sessions would be booted after the midterm elections.

Ushering in an ally who is likely to be more involved in the investigations has already drawn fierce criticism from prominent Democratic Party members, who accused the appointment as politically driven and urged Whitaker to recuse himself from the investigations.

Analysts believe that despite the call for unity and bipartisanship from both Democratic and Republican leaders, the Russia probe can become one of the first flashpoints between the two parties, who now share control of Congress.

US media reported Thursday that the Mueller team has begun assembling a final report on the investigations; it is unclear what the final report hold in store for the White House or the Trump campaign.