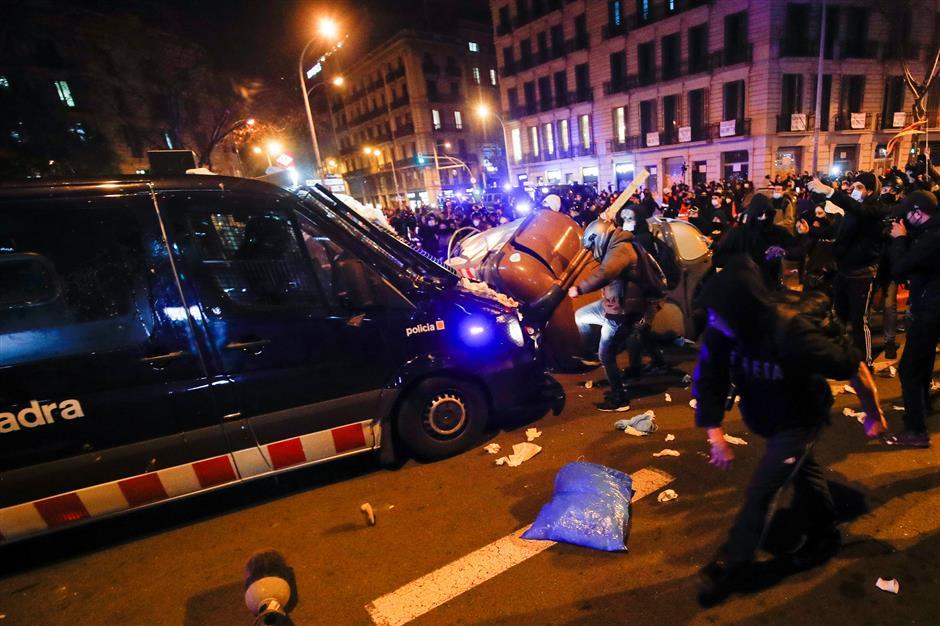 Demonstrators clash with police on the second night of protests against the imprisonment of Catalan rapper Pablo Hasel in Barcelona, Spain.(Photo: Agencies)

More than 50 people were arrested and dozens injured during the second night of protests that turned violent in several Spanish cities.

The protests were sparked by the imprisonment of a rapper who had insulted the monarchy and praised terrorism.

The protests began peacefully late on Wednesday in dozens of Spanish provincial capitals and other towns in the northeastern Catalonia region, home to the rapper Pablo Hasel.

But as the evening wore on they turned violent, with rioting, impromptu barricades made from trash containers and fires, and damage to shops.

Emergency services assisted 35 injured anti-riot officers and 20 others, including protesters and people who passed by and were caught in the melee.

In Barcelona, 29 people were arrested and at least eight were injured, the regional emergency service said.

The night before, a young protester lost an eye night as a result of a foam projectile used by the regional Mossos d’Esquadra police to dispel the protesters.

The rapper and his supporters say that Hasel’s nine-month sentence for writing a critical song about former King Juan Carlos I, and dozens of tweets that judges said glorified some of Spain’s extinct terrorist groups violates free speech.