WORLD Protests over killing of African American held in Dublin

Protests over killing of African American held in Dublin 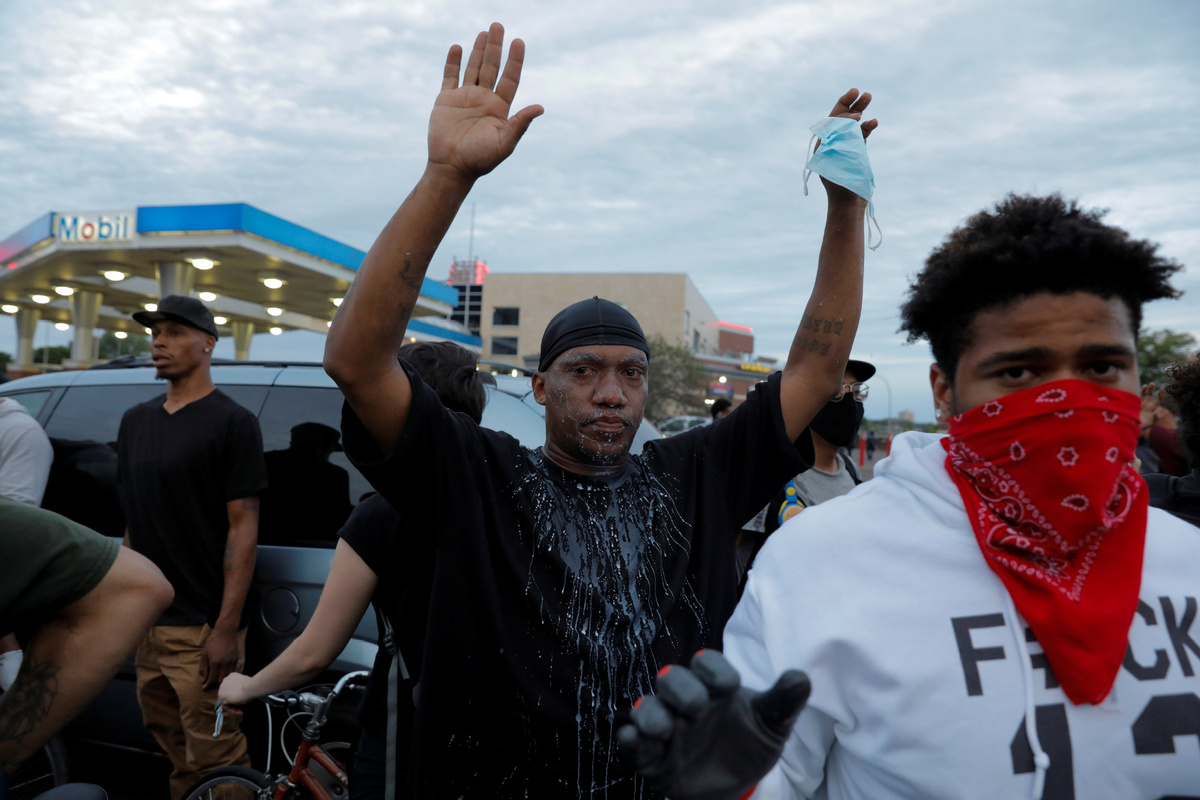 A demonstrator raises his hands during a rally against the death in Minneapolis police custody of George Floyd, in Minneapolis, Minnesota, U.S., May 31, 2020. (Photo: Agencies)

Two separate protests were held here on Sunday over the brutal killing of an African American in the United States, reported Irish national radio and television broadcaster RTE.

One was held outside the United States embassy in Ballsbridge, an area in Dublin where many diplomatic missions are located, while another was carried out outside the official residence of the U.S. ambassador to Ireland inside Phoenix Park, the largest public park in the country, according to the report.

About 100 people took part in the protest outside the U.S. embassy, said the report.

Photos carried by the report showed that people of different colors gathered at the main entrance of the U.S. embassy, holding up placards and shouting slogans.

Slogans written on the placards include "I can't breathe," "Black Lives Matter" and "Justice for George Floyd," said the report.

The report didn't mention the number of people protesting outside the official residence of the U.S. ambassador to Ireland, nor did it mention the names of the organizers of the two protests.

Both protests were peaceful, said the report.

George Floyd was an African American who stopped breathing after a Minneapolis police officer knelt on his neck for minutes. In a video, the victim was heard repeatedly begging the police officers around him "I can't breathe."

The incident has triggered violent protests against racism in the United States, forcing curfews to be declared in many parts of the country.