WORLD Protests, pomp as Trump in UK for state visit

Protests, pomp as Trump in UK for state visit 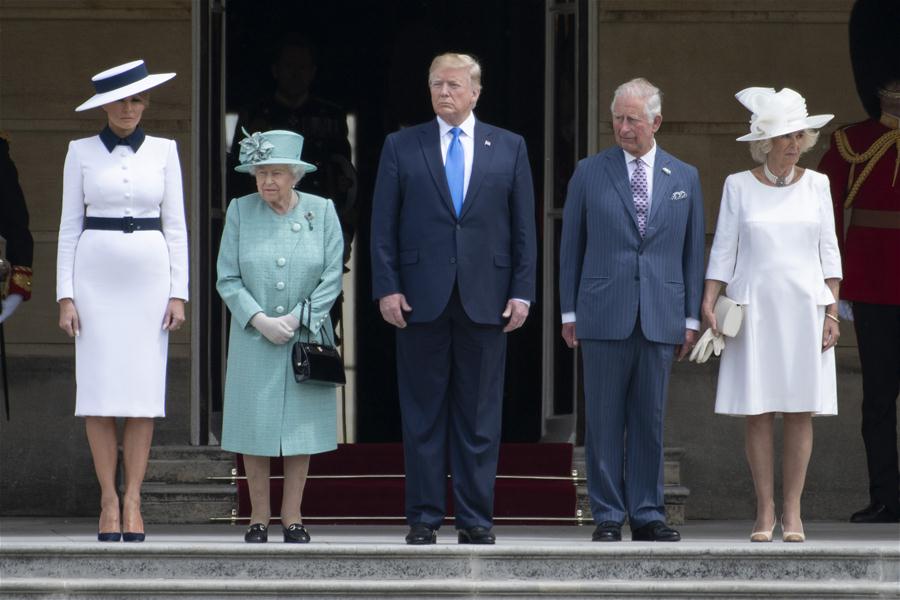 U.S. President Donald Trump was greeted with a royal family welcome and protests after he arrived in London on Monday for a three-day state visit.

Protesters were out in force across the capital, mainly outside Buckingham Palace and the heavily fortified U.S. Ambassador's official residence in Regent's Park.

Trump's first-day visit ended with a formal and lavish state banquet in the splendor of Queen Elizabeth's main London home.

The president posted a message on his social media site, saying that the relationship with the United Kingdom is very strong. 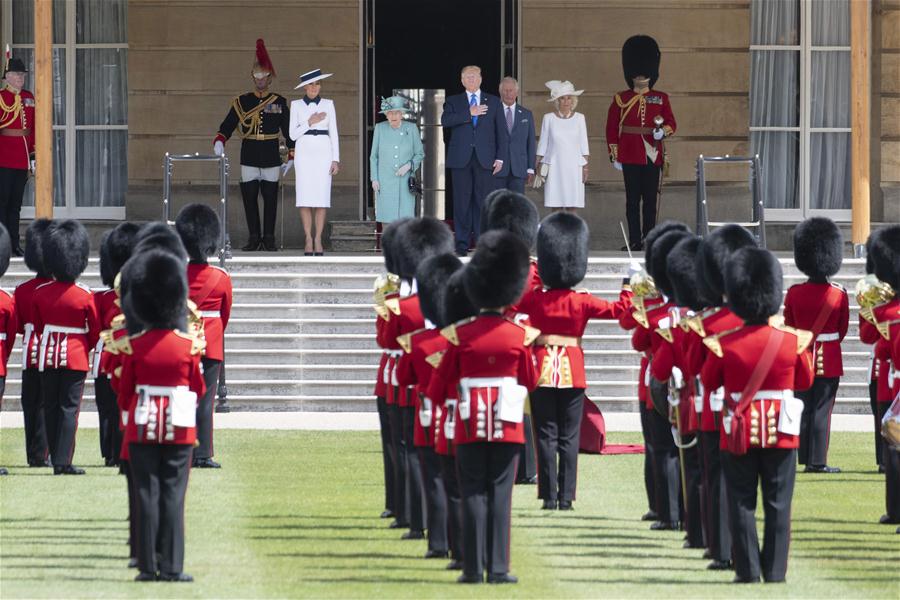 "Big Trade Deal is possible once U.K. gets rid of the shackles," he said, referring to the post-Brexit U.S.-UK trade agreement.

Hosted by the Queen, the banquet was attended by Prince Charles and the Duchess of Cornwall as well as Prince William and his wife, Duchess of Cambridge as well as 11 other Royals, along with prominent Americans living in Britain.

The Queen, in a speech, said state visits served as a reminder of the close and lasting relationship between Britain and the U.S. 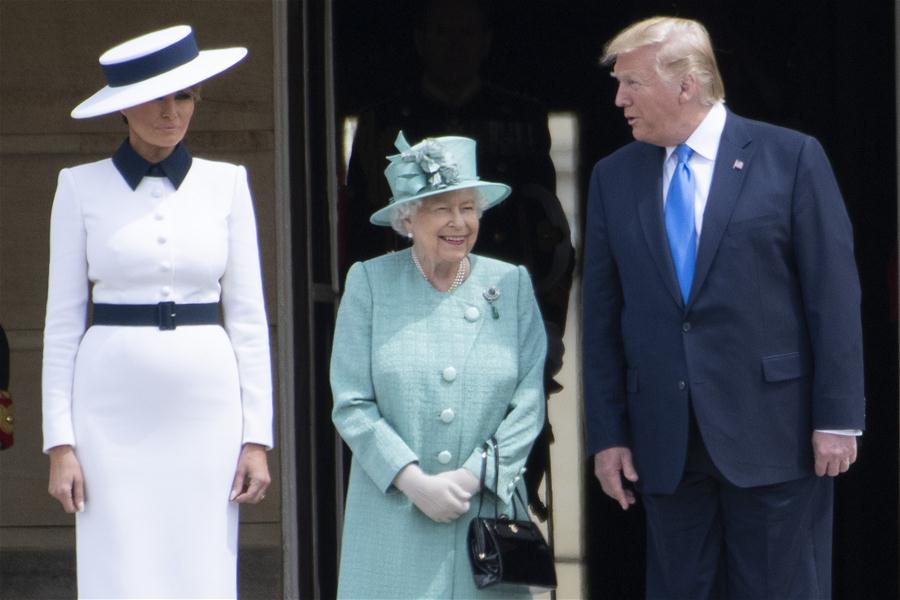 Just an hour before the banquet, the British Opposition Labor leader Jeremy Corbyn announced he would be the main speaker at an anti-Trump rally Tuesday in Trafalgar Square.

Corbyn posted a message on his social media site saying: "Tomorrow's protest against Donald Trump's state visit is an opportunity to stand in solidarity with those he's attacked in America, around the world and in our own country."

Also declining an invitation to the banquet were the Speaker of the House of Commons and the Leader of the minority Liberal Democrats, Vince Cable. 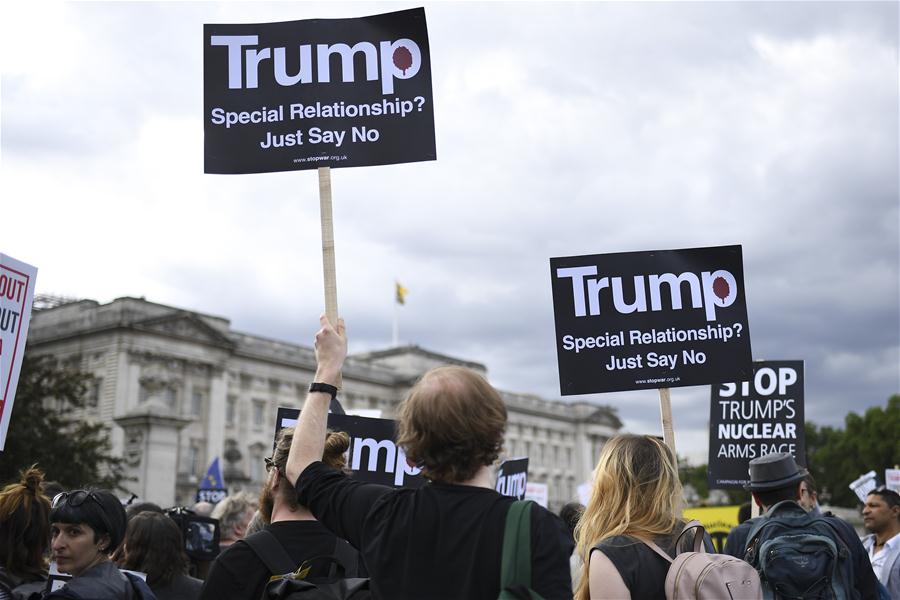 Organizers of the rally are predicting 250,000 will be on the streets of London Tuesday expressing their opposition to Trump's state visit.

The President and his wife, First Lady Melania Trump, met the Queen and her heir Prince Charles on the West Lawn at the palace, followed by an inspection of Grenadier Guards.

Outside the Buckingham Palace, protesters chanted messages and waved banners.

As Air Force One was making its early morning descent at London Stansted Airport, Trump put out a tweet message that sent London media, as well as diplomats, into a whirl.

Trump made disparaging remarks against one of his British critics, the Labor Mayor of London, Sadiq Khan. He described Khan a stone cold loser, adding he thought the London mayor had done a "terrible job" as mayor.