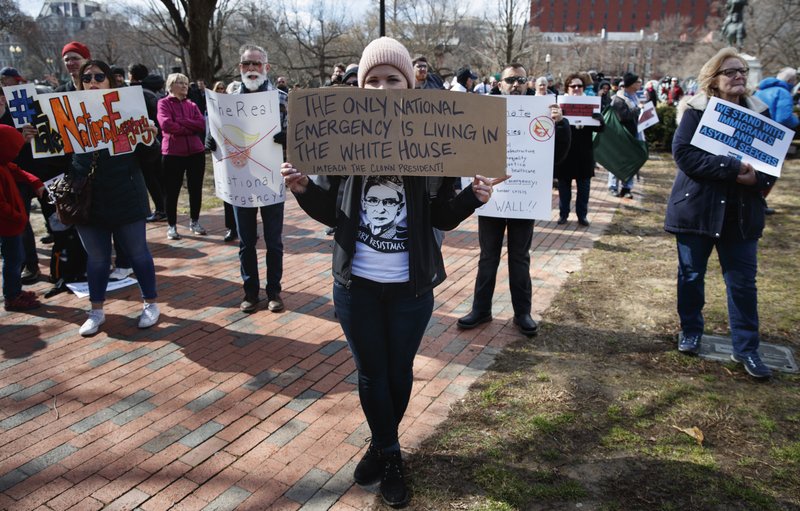 Cat McKay of Alexandria, Va., holds a sign during a protest Monday, February 18, 2019, Lafayette Square near the White House in Washington, to protest that President Donald Trump declared a national emergence along the southern border. (Photo: AP)

Protesters are gathering in cities from Washington to Fort Worth, Texas, to decry President Donald Trump’s declaration of a national emergency to fund his planned U.S.-Mexico border wall.

Organized by the liberal group MoveOn and others, the Presidents Day demonstrations assailed Trump’s declaration as undemocratic, anti-immigrant and based on a nonexistent emergency.

The declaration shifts billions of dollars from military construction to the border. The move came after Congress didn’t approve as much as Trump wanted for the wall. He considers it a national security necessity.

While he was in Florida, hundreds of protesters stood at the White House fence Monday. They chanted: “Trump is the national emergency.”

At a rally beforehand, a few apparent counter-protesters toted a sign saying, “finish the wall.”