Just like coronavirus, racism pays no attention to borders. 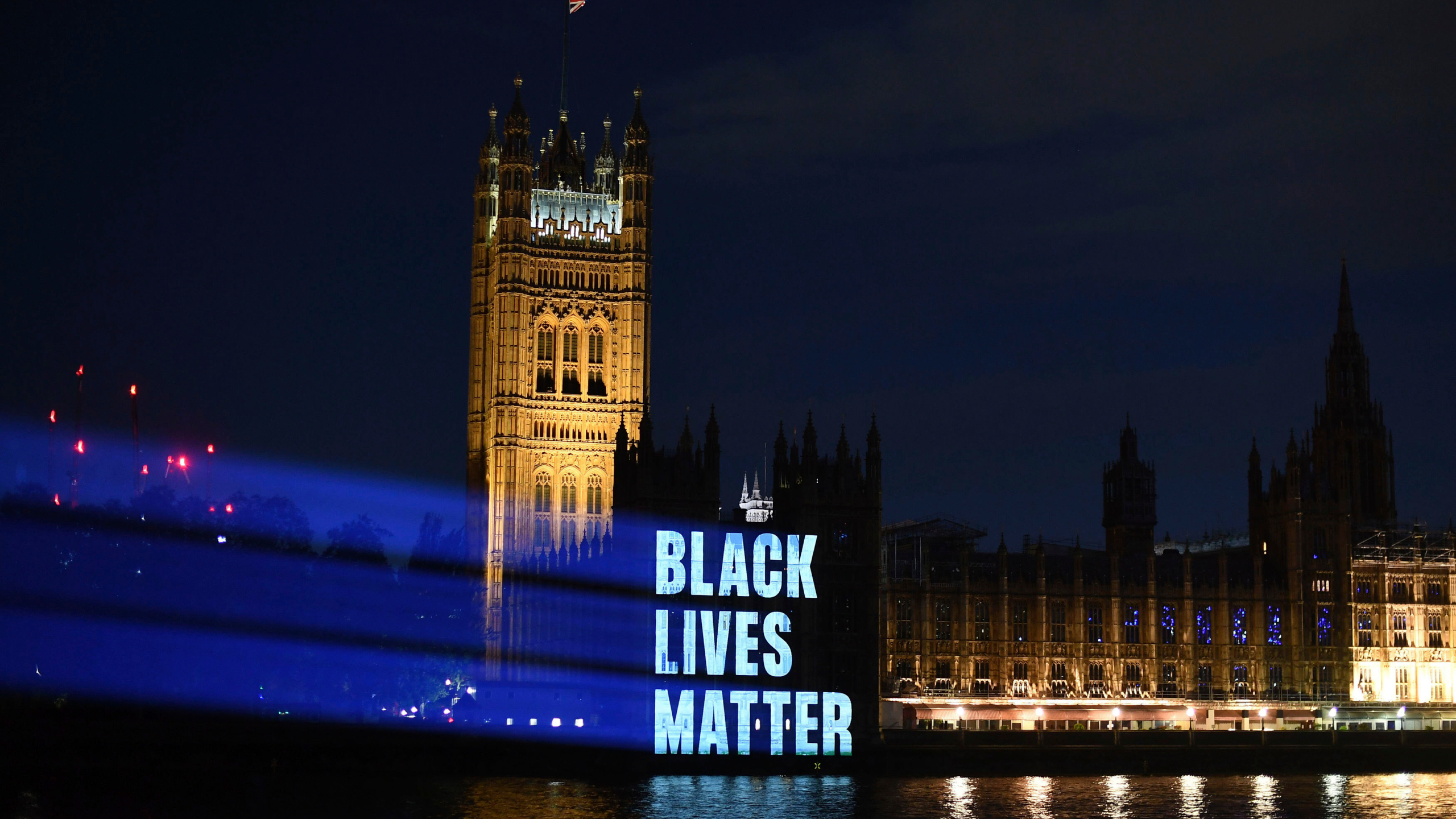 Black Lives Matter is projected onto the Houses of Parliament, in London, Friday, June 5, 2020, as part of the ongoing worldwide demonstrations following the death of George Floyd. (Photo: AP)

Across the world, people representing a broad spectrum of society have marched as one to protest racial injustice and police brutality at home and abroad.

Despite the risks posed by possibly the biggest public health hazard in a century, they still put their marching boots on and geared up for a long day of chanting.

They sought not just to show solidarity with protesters across the United States following the shocking police killing of George Floyd in Minneapolis but also to shine a spotlight on the inequalities that scar their own nations. On May 25, Floyd, a black man, died handcuffed on the ground saying "I can't breathe" as a white policeman pushed his knee to his neck.

In Australia, tens of thousands highlighted the country's long mistreatment of Aboriginal people, notably of David Dungay, who died in a prison hospital in 2015 while being restrained by five guards.

In Britain, the world's melting pot due to its imperial past, many demonstrators clearly saw parallels between what happened with Floyd and their experiences with British police and authorities. In the 1600s and 1700s, several British port cities grew wealthy transporting slaves to the Americas. On Sunday in Bristol, southwest England, protesters tore down a statute of a slave trader whose company used to brand its victims with the company's initials on their chests.

In the last decade, the British government has been called out for its appalling treatment of British Caribbean citizens who came north to rebuild the country after World War II. In the last few months, despite having a National Health Service that is free for all, people from minority groups in Britain face a higher risk of dying from coronavirus  than their white counterparts.

"There's a lot of frustration due to racial discrimination. And we want change for our children and our children's children, to be able to have equality within the U.K, the U.S., all around the world," said Andrew Francis, a 37-year-old black man from London.

Across France, people defied police protest bans due to coronavirus concerns to express the depth of their convictions.

Among the crowds Saturday in Paris was Marie Djedje, 14, whose birthday is July 14, the day France commemorates the storming of the Bastille prison in Paris in 1789 and the beginning of the French Revolution.

One of the revolution's rallying cries was "Liberté, Égalité, Fraternité" — freedom, equality, fraternity. But the French motto now inscribed on town halls and schools across the land rings hollow to people of color who feel like they're treated as second-class citizens in France.

"I was born French, on the day when we celebrate our country. But on a daily basis, I don't feel that this country accepts me," Marie said, holding up a sign that read "Being black is not a crime."

The personal stories behind those attending protests around the world are varied and nuanced but the message is the same.

"It's quite unfortunate, you know, in this current 21st century that people of color are being treated as if they are lepers,'' Abdul Nassir, a 26-year-old Ghanaian studying in Rome, said during Sunday's demonstration in the Italian capital.

The protesters share the same hope: that amid this pandemic — as the world's social and economic structures are being turned upside down — leaders, governments and all facets of society can find the will to reorder the world in a more just and equal manner.

There should be no borders in that aspiration.