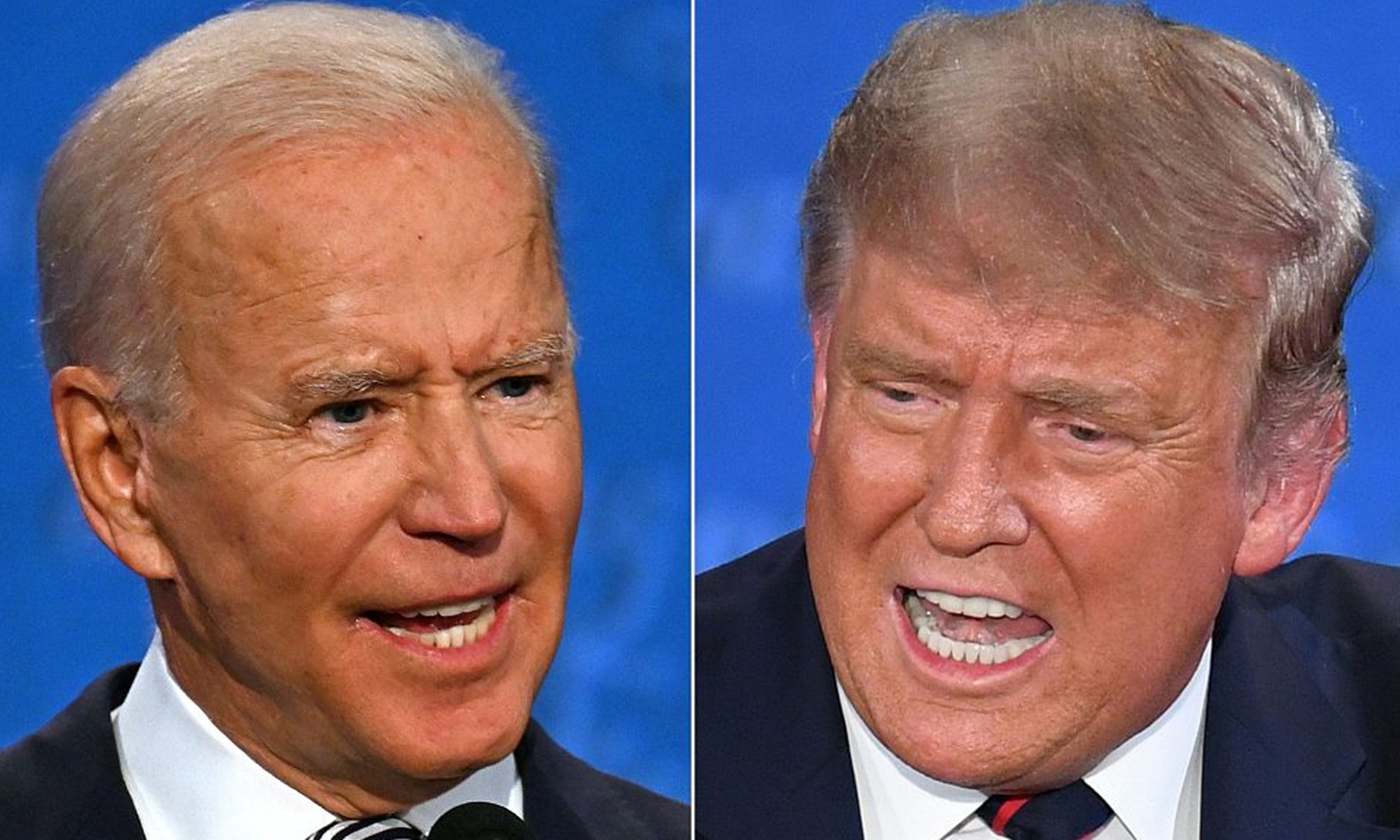 The incumbent US President Donald Trump continued to lose ground in the presidential race as his opponent Joe Biden established leads in major swing states. However, the Trump campaign is making its last-ditch efforts to challenge the results by going to court and asking for recount, as he may face political reprisal if he loses the race, experts said.

Although Democratic presidential candidate Joe Biden has not officially declared a victory in the neck-and-neck election race, he showed full confidence in the latest speech on Friday night, claiming that he is going to win this race, as the voting figures tell a convincing story.

Some Chinese experts who are closely watching this year’s bitter and dramatic election said the victory for Biden is now almost a foregone conclusion. This, however, has not prevented Trump from filing lawsuits to contest the outcome and requesting recount in key states, reflecting a sentiment of anxiety and fear about legal troubles in coming months.

The speech was made from Wilmington, Delaware, hours after the Democratic presidential candidate raced ahead in some key states including Georgia and Nevada, and expanded his narrow lead in the decisive state of Pennsylvania. While votes are still being counted in some states, Biden has maintained a lead in both electoral college votes in some key states and the popular vote nationwide, media reported.

Though Trump’s reelection chances are fading away, it has not stopped him from filing a flurry of lawsuits to challenge the outcome, which some experts said would take a long and tough road but hardly change the results.

In Philadelphia, a federal judge has already thrown out Trump campaign’s attempt to stop the vote count in Philadelphia while Supreme Court Justice Samuel Alito ordered the state's county elections officials to keep separate mail-in ballots that arrived after Election Day, the USA Today reported. And the order came after the Republican appealed to the Supreme Court to try to keep ballots received in the mail after Election Day from being counted.

“The big picture is already clear now and Trump is losing the race. Whether he will admit it or not, it won’t change the outcome,” Li Haidong, a professor at the Institute of International Relations of the China Foreign Affairs University, told the Global Times on Saturday.

Filing lawsuits or challenging the court order are both transitional ways which could ensure bipartisan acceptance of the election results and Trump could accept defeat and leave the office in a decent way, Li said.

“Also, it’s highly likely that Trump will face political vendetta if he loses presidency, especially if he eyes a 'resurrection run' in 2024, his opponents won’t let go those legal cases for political reasons,” Li said.

While the Trump campaign has emphasized that the election is not over, implying he won’t step down soon, media and observers have already been speculating on what will be the outcome for Trump himself, for example, whether the incumbent president could face a handful of legal actions – both criminal and civil.

Possible criminal charges that Trump may face if he loses include obstruction of justice, campaign finance violations, federal tax charges, real-estate fraud and so on, according to media reports. And the New Yorker said in an article that Trump had survived one impeachment, 26 accusations of sexual misconduct, and an estimated 4,000 lawsuits, “that run of good luck may well end, perhaps brutally, if Joe Biden wins.”

Extending the election with legal challenges and recount requests may also lead to more divisions and chaos in the country that has already been facing an uncertain future, experts said.

Georgia became the latest swing state, where the state government is dominated by the GOP, to announce a recount given the slim election margin, according to media reports.

AP also said in a report on Saturday that though Trump has made repeated, unsubstantiated claims of election fraud, those lawsuits filed by his campaign so far have been “small-scale efforts unlikely to affect many votes, and some already have been dismissed.”

While Biden urged Americans to be patient in his latest speech as the votes continued to be counted in several key states across the country, some Chinese experts said the US society should not totally count on the next president to solve a series of problems that it faces today, which will last for a long period.

The final result is becoming clear as counting comes to an end, but the problems related to rising populism, divided society, declining economy and hundreds of thousands of deaths caused by COVID-19 cannot be fixed within just four years, Lü Xiang, a research fellow on US studies at the Chinese Academy of Social Sciences in Beijing, told the Global Times on Saturday.

He also believes the transition period, no matter how noisy the loser might be, won’t take long, so the impact on US economy and society would be limited.