The provisional toll of a bridge collapse in Italy's northwest city of Genoa rose to 26, local authorities said late on Tuesday. 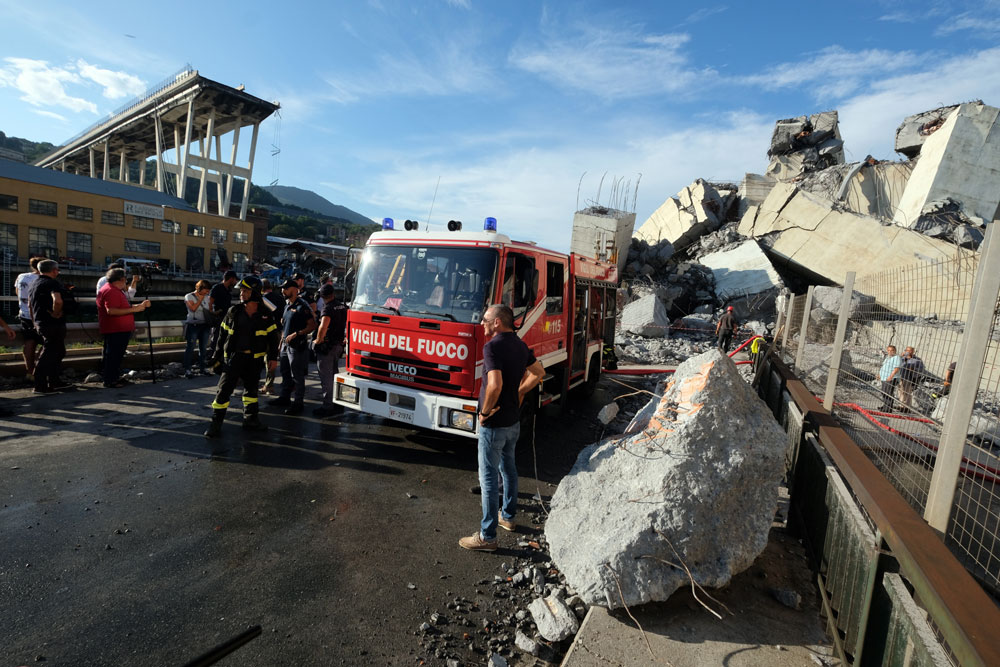 Rescuers inspect the rubble and wreckages by the Morandi motorway bridge after a section collapsed earlier in Genoa on August 14, 2018. (Photo: AFP/Andrea Leoni)

"Official victims rise to 26, including 23 on the spot (of collapse), 1 person under surgery, and 2 pulled out from rubble," the region of Liguria (of which Genoa is capital city) said on Twitter.

Some 15 people were also registered, of which nine were considered as "red codes", meaning they were in critical health conditions, the government added.

All of the bodies were sent to the San Martino hospital, and at least 19 of them were identified, according to the regional authorities.

The region would officially call a state of emergency due to the major incident on Wednesday, and mayor of Genoa Marco Bucci said two days of mourning would be declared on Aug. 15-16.

Meanwhile, rescuers were expected to continue their search activities all through the night, according to civil protection agency and firefighters.

The incident concerned a major motorway viaduct called "Morandi Bridge" connecting the western part of Genoa to the east.

The collapse involved some 100 of the bridge, and occurred shortly before noon on Tuesday, while some 30 cars and 5 heavy trucks were passing through it. Several people were feared to be still trapped in their vehicles crashed under the concrete rubble of the huge structure.

Prime Minister Giuseppe Conte met with local authorities and rescuers at Genoa's prefecture on Tuesday evening, while ministers of Interior and Infrastructures were expected to visit the city on Wednesday.