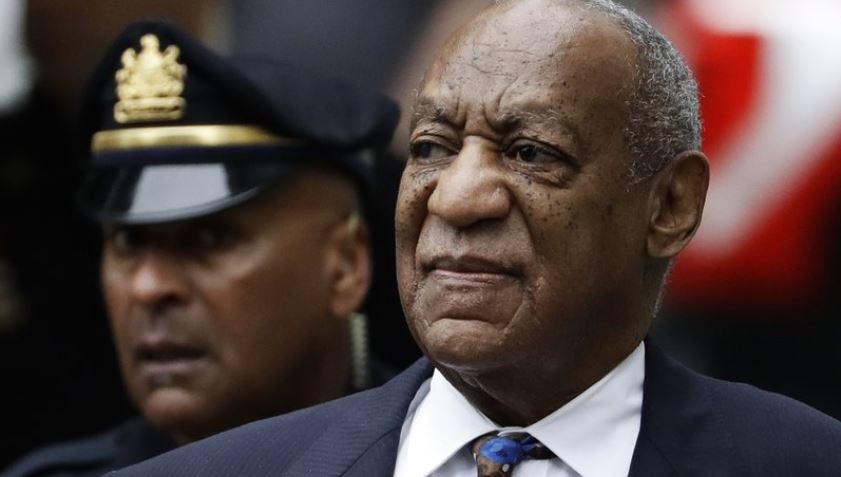 Bill Cosby’s sentencing hearing opened Monday with a debate over whether the 81-year-old comedian should be branded a “sexually violent predator” — a scarlet letter that would make him subject to mandatory lifetime counseling and community notification of his whereabouts.

Cosby, who faces up to 30 years in prison for drugging and molesting a Temple University women’s basketball administrator in 2004, fought the prosecution’s effort to classify him as a predator under state law.

Kristen Dudley, a Pennsylvania state board psychologist, testified that Cosby has an uncontrollable urge to violate young women and would probably commit another offense if given the chance. Dudley added that Cosby’s assault of Andrea Constand fits a long pattern of predatory behavior by the former “Cosby Show” star.

Cosby often befriended women, then betrayed their trust by sedating them with drugs or alcohol and violating them for the “sole purpose of his sexual gratification,” Dudley testified.

Trying to avoid the predator designation for their client, Cosby’s lawyers argued that the state law itself is unconstitutional. Lawmakers in Pennsylvania and elsewhere have repeatedly rewritten their sex-offender reporting laws after courts found them vague and unfairly punitive.

Prosecutors told Judge Steven O’Neill the law is necessary for public safety, and the judge allowed the hearing on Cosby’s status to proceed.

The legal wrangling came at the start of a hearing that will determine how the comedian will be punished for knocking Constand out with pills and assaulting her at his suburban Philadelphia home more than 14 years ago.

Cosby was the first celebrity to go to trial in the #MeToo era and could be the first to go to prison — perhaps for the rest of his days — after being convicted in April.

Cosby, looking grim, walked into the courthouse on the arm of his longtime spokesman as protesters shouted at him. Constand arrived a short time later.

At the end of a hearing that could last two days, the judge could sentence Cosby to as much as 30 years in prison or send him home on probation. The state guidelines for someone like Cosby, with no prior convictions, call for about one to four years behind bars.

“Obviously, the allegations are serious, and, except for his age and poor health, would normally warrant some jail time,” said Samuel Stretton, a veteran defense lawyer not connected to the case.

Cosby is legally blind and uses a cane, something his lawyers are certain to point out along with his achievements and philanthropy.

In the years since Constand first went to police in 2005, more than 60 women have accused Cosby of sexual misconduct, though none of those claims have led to criminal charges.

Two of those women, Lise-Lotte Lublin and Chelan Lasha, said Sunday at a Philadelphia news conference that they want prison for him and hope they get to make impact statements at the sentencing.

“I really think it’s important that he spend some time behind bars,” said Lublin, who said Cosby assaulted her in 1989 when she was 23. “At some point, he should acknowledge what he’s done, and do the time for the crime.”

Lublin and former model Janice Dickinson — another Cosby accuser — were among those in the courtroom Monday.

Prosecutors had hoped to have some of the other accusers address the court at sentencing to paint Cosby as a serial sexual predator deserving of prison. But the district attorney’s office told The Associated Press on Monday they would not be taking the stand.

It remained unclear whether Constand herself would speak at the sentencing.

Just a few hours before the hearing began, Constand tweeted Ephesians 4:26, a Bible verse about letting go of anger: “Be wrathful, but do not sin; do not let the sun set while you are still angry; do not give the Devil an opportunity.”

Cosby, who grew up in public housing in Philadelphia, became the first black actor to star in a prime-time TV show, “I Spy,” in 1965. He remained a Hollywood A-lister for much of the next half-century, hitting his peak in the 1980s with the top-rated “Cosby Show” as the warm, wisecracking dad, Dr. Cliff Huxtable.

The AP does not typically identify people who say they are victims of sexual assault unless they come forward publicly, which Constand and other accusers have done.