Public investment should play a "central role" in the recovery of both emerging and advanced economies from the coronavirus downturn, the IMF said Monday ahead of its fall meetings. 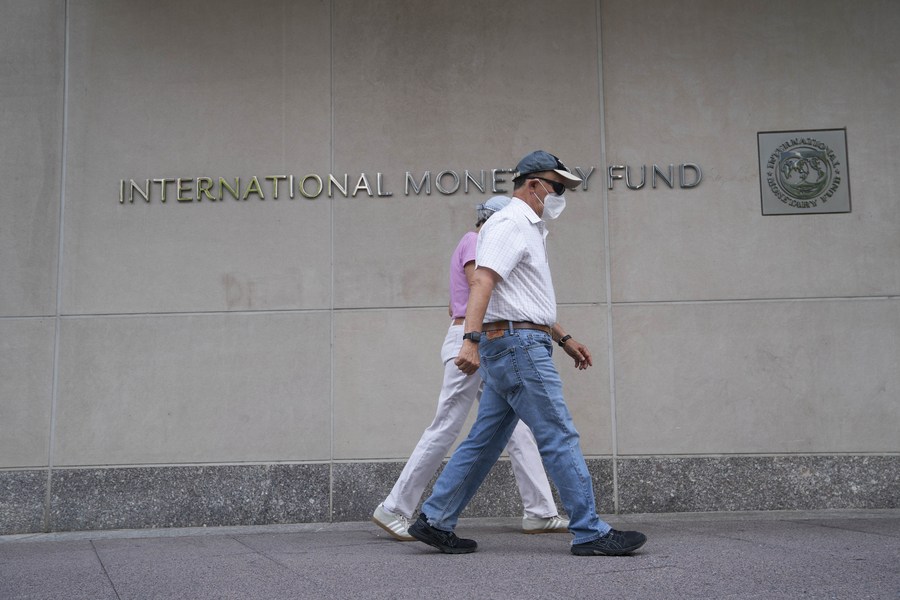 People walk past the headquarters of the International Monetary Fund (IMF) in Washington D.C., the United States, July 17, 2020. (Photo: Xinhua)

Stepping up such spending with interest rates low globally could "create millions of jobs directly in the short term and millions more indirectly over a longer period," officials with the International Monetary Fund wrote in a blog post.

Assuming investments are of "high quality," the Washington-based crisis lender said increasing public investment by one percent of GDP could raise private investment by 10 percent, employment by 1.2 percent, GDP by 2.7 percent along with overall confidence in the recovery.

The coronavirus pandemic has caused a sharp economic downturn globally, but even before the pandemic the IMF said public investment "had been weak for over a decade, despite crumbling roads and bridges in some advanced economies and massive infrastructure needs for transportation, clean water, sanitation" in poorer nations.

The time to invest is now, officials said, with many countries still fighting off Covid-19 and people who lost their job amid the downturn looking for work.

While encouraging countries to maintain existing infrastructure, the IMF encouraged governments to take a second look at projects that had been delayed in the past and plan new ones focused on their needs after the pandemic is over.