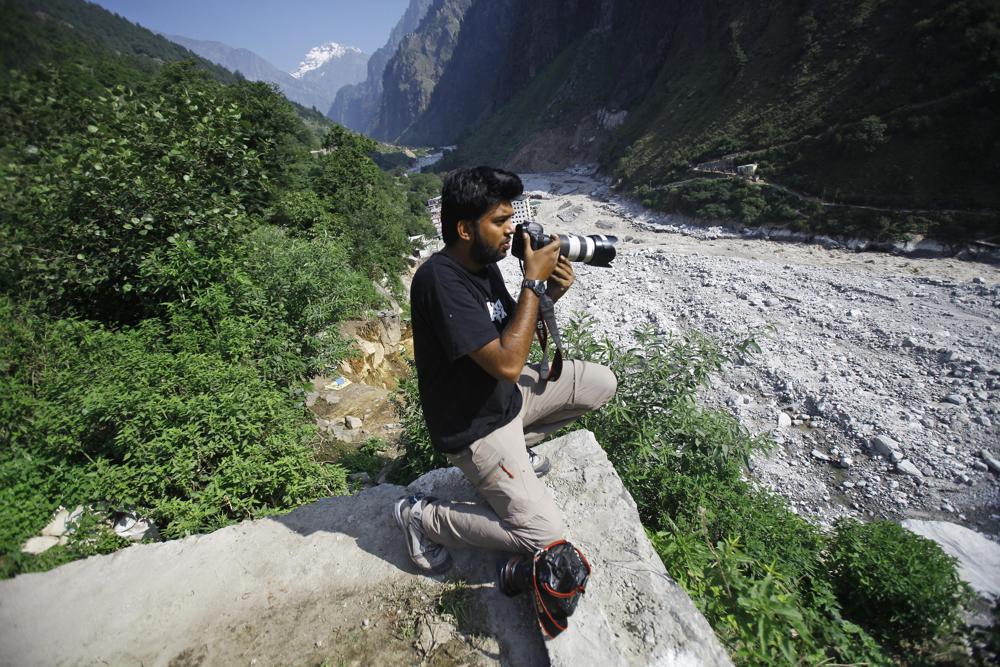 A Pulitzer Prize-winning photographer with Reuters news agency was killed Friday covering fighting between Afghan security forces and the Taliban near a border crossing with Pakistan, the media outlet reported, citing an army commander.

Afghan forces were fighting to retake Spin Boldak when Danish Siddiqui and a senior officer were killed in Taliban crossfire, the commander told Reuters.

The agency reported Siddiqui, an Indian national, had been embedded with Afghan special forces in the former Taliban bastion of Kandahar this week.

"We are urgently seeking more information, working with authorities in the region," Reuters president Michael Friedenberg and editor-in-chief Alessandra Galloni said in a statement.

"Danish was an outstanding journalist, a devoted husband and father, and a much-loved colleague. Our thoughts are with his family at this terrible time."

Reuters said Siddiqui, 38, had earlier reported being wounded in the arm by shrapnel while covering the fighting.

He was treated and had been recovering when Taliban fighters retreated from the fighting in Spin Boldak.

The agency reported an unnamed Afghan commander told them Siddiqui had been talking to shopkeepers when the Taliban attacked again.

It said it was unable to independently verify the details.

Siddiqui was part of a team to share the 2018 Pulitzer Prize for Feature Photography for documenting the Rohingya refugee crisis.

The agency said he had worked for them since 2010, covering the wars in Afghanistan and Iraq, the Rohingya refugees crisis, and Nepal earthquakes.

Afghanistan has long been one of the most dangerous countries in the world for journalists.

In May, media watchdog Reporters Without Borders (RSF) ranked it 122nd out of 180 countries on its latest World Press Freedom Index.

Several journalists, including women, have been killed in targeted attacks since the Taliban and Washington signed a deal in February 2020 that paved the way for the withdrawal of foreign forces.

Prominent television anchors, reporters and freelancers have been shot dead in rush-hour traffic in Kabul and other cities, while scores have been threatened.

Officials blame the Taliban for the murders, although some assassinations have been claimed by the jihadist Islamic State.

Around 1,000 Afghan media workers have left their jobs, an Afghan journalists' safety committee said in May.

"The threats and violence against journalists have a direct impact on the media and make their work especially difficult," RSF said.