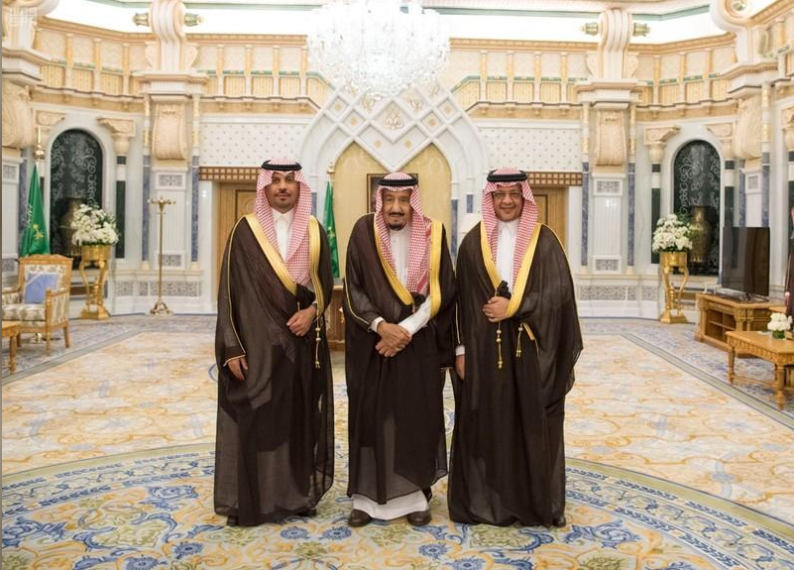 A campaign of mass arrests of Saudi Arabian royals, ministers and businessmen widened on Monday after a top entrepreneur was reportedly held in the biggest anti-corruption purge of the kingdom’s affluent elite in its modern history.

The arrests, which an official said were just “phase one” of the crackdown, are the latest in a series of dramatic steps by Crown Prince Mohammed bin Salman to assert Saudi influence internationally and amass more power for himself at home.

The campaign also lengthens an already daunting list of challenges undertaken by the 32-year-old since his father, King Salman, ascended the throne in 2015, including going to war in Yemen, cranking up Riyadh’s confrontation with arch-foe Iran and reforming the economy to lessen its reliance on oil.

Both allies and adversaries are quietly astonished that a kingdom once obsessed with stability has acquired such a taste for assertive - some would say impulsive - policy-making.

“The kingdom is at a crossroads: Its economy has flatlined with low oil prices; the war in Yemen is a quagmire; the blockade of Qatar is a failure; Iranian influence is rampant in Lebanon, Syria and Iraq; and the succession is a question mark,” wrote ex-CIA official Bruce Riedel.

“It is the most volatile period in Saudi history in over a half-century.”

The crackdown has drawn no public opposition within the kingdom either on the street or social media. Many ordinary Saudis applauded the arrests, the latest in a string of domestic and international moves asserting the prince’s authority.

But abroad, critics perceive the purge as further evidence of intolerance from a power-hungry leader keen to stop influential opponents blocking his economic reforms or reversing the expansion of his political clout.

“The crackdown on even the most constructive criticism - the demand for complete loyalty with a significant ‘or else’ - remains a serious challenge to the crown prince’s desire to be seen as a modern, enlightened leader,” he wrote in the Washington Post.

“The buck stops at the leader’s door. He is not above the standard he is now setting for the rest of his family, and for the country.”

Al Tayyar Travel 1810.SE plunged 10 percent in the opening minutes after the company quoted media reports as saying board member Nasser bin Aqeel al-Tayyar had been detained in the anti-corruption drive.

Dozens of people have been detained in the crackdown, which have alarmed much of the traditional business establishment. Billionaire Prince Alwaleed bin Talal, Saudi Arabia’s best-known international investor, is also being held.

The attorney general said on Monday detainees had been questioned and “a great deal of evidence” had been gathered.

“Yesterday does not represent the start, but the completion of Phase One of our anti-corruption push,” Saud al-Mojeb said. Probes were done discreetly “to preserve the integrity of the legal proceedings and ensure there was no flight from justice.”

The front page of leading Saudi newspaper Okaz challenged businessmen to reveal the sources of their assets, asking: “Where did you get this?”

Another headline from Saudi-owned al-Hayat warned: “After the launch (of the anti-corruption drive), the noose tightens, whomever you are!”

A no-fly list has been drawn up and security forces in some Saudi airports were barring owners of private jets from taking off without a permit, pan-Arab daily Al-Asharq Al-Awsat said.

Among those detained are 11 princes, four ministers and tens of former ministers, according to Saudi officials.

The allegations against the men include money laundering, bribery, extortion and taking advantage of public office for personal gain, a Saudi official told Reuters. Those accusations could not be independently verified and family members of those detained could not be reached.

A royal decree on Saturday said the crackdown was launched in response to “exploitation by some of the weak souls who have put their own interests above the public interest, in order to, illicitly, accrue money”.

The new anti-corruption committee has the power to seize assets at home and abroad before the results of its investigations are known. Investors worry the crackdown could ultimately result in forced sales of equities, but the extent of the authorities’ intentions was not immediately clear.

Among those detained is Prince Miteb bin Abdullah, who was replaced as minister of the National Guard, a pivotal power base rooted in the kingdom’s tribes. That recalled a palace coup in June which ousted his elder cousin, Mohammed bin Nayef, as heir to the throne.

The moves consolidate Prince Mohammed’s control of the internal security and military institutions, which had long been headed by separate powerful branches of the ruling family.

Consultancy Eurasia Group said the “clearly politicized” anti-corruption campaign was a step toward separating the Al Saud family from the state: “Royal family members have lost their immunity, a long standing golden guarantee”.

Yet many analysts were puzzled by the targeting of technocrats like ousted Economy Minister Adel Faqieh and prominent businessmen on whom the kingdom is counting to boost the private sector and wean the economy off oil.

“It seems to run so counter to the long-term goal of foreign investment and more domestic investment and a strengthened private sector,” said Greg Gause, a Gulf expert at Texas A&M University.

“If your goal really is anti-corruption, then you bring some cases. You don’t just arrest a bunch of really high-ranking people and emphasize that the rule of law is not really what guides your actions.”

Over the past year, MbS has become the top decision-maker on military, foreign and economic policy, championing subsidy cuts, state asset sales and a government efficiency drive.

The reforms have been well-received by much of Saudi Arabia’s overwhelmingly young population, but resented among some of the more conservative old guard.

The crown prince has also led Saudi Arabia into a two-year-old war in Yemen, where the government says it is fighting Iran-aligned militants, and into a dispute with Qatar, which it accuses of backing terrorists, a charge Doha denies. Detractors of the crown prince say both moves are dangerous adventurism.

The Saudi-led military coalition said on Monday it would temporarily close all air, land and sea ports to Yemen to stem the flow of arms from Iran to Houthi rebels after a missile fired toward Riyadh was intercepted over the weekend.