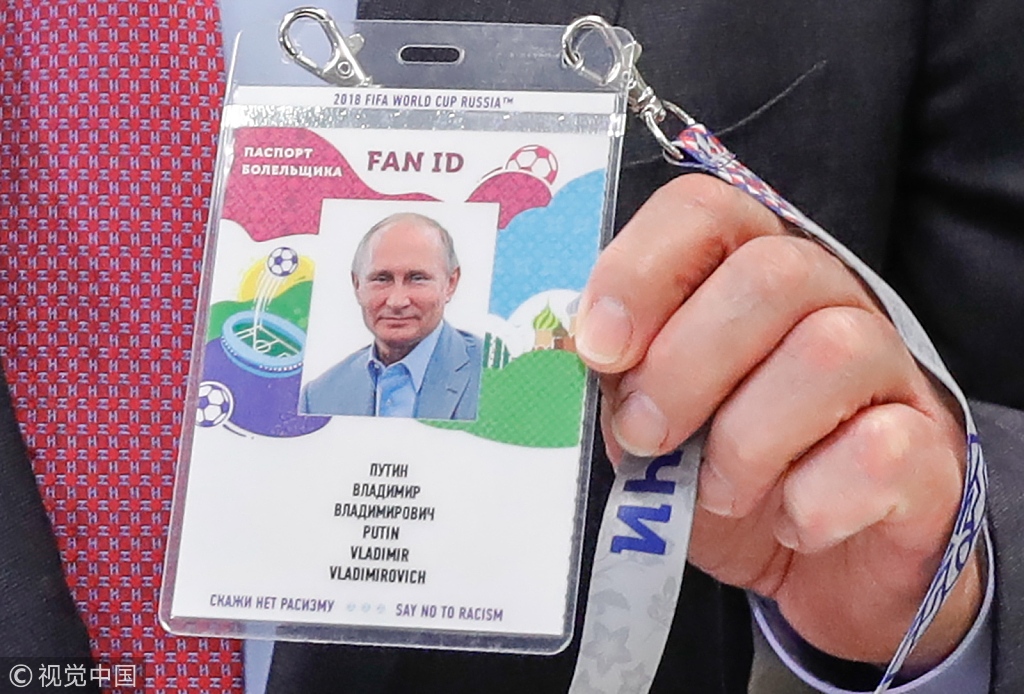 MOSCOW - Russian President Vladimir Putin on Wednesday supported a proposal to use the technology of the FIFA World Cup FAN IDs, an identification document issued by the Russian authorities, at other sporting and cultural events in Russia, the Kremlin said.

"It is possible and appropriate," Putin said at a meeting with Russian government members, according to a Kremlin transcript.

The proposal was put forward by Russian Deputy Prime Minister Olga Golodets, who said the technology "has shown its worth."

Russia will host the 2019 Winter Universiade and the International Tchaikovsky Competition, a major musical event. Golodets said FAN IDs could be used at both events.

"The application of such a technological principle would very much help us receive guests, especially foreign ones," she said.

On Sunday, Putin announced that Russia will provide visa-free entrance for foreigners with FAN IDs until the end of 2018.

FAN IDs were previously set to be valid from June 4 to July 25.

A total of 806,000 foreign citizens received them during the World Cup, according to the Russian Government.