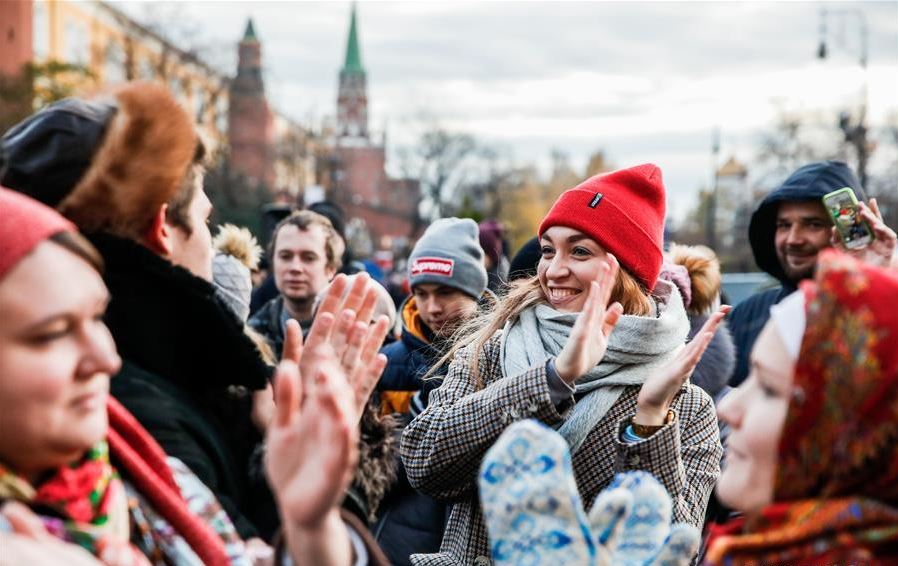 MOSCOW, Nov. 4 (Xinhua) -- Russian President Vladimir Putin called for the unity of society as the country celebrated the National Unity Day on Monday.

"The most solid and reliable foundation for Russia's progress is the unity of our society and loyalty to the values of peace, trust and mutual respect between different ethnicities," Putin said at a reception in the Kremlin marking the holiday.

"We are perfectly aware that only together will we reach the highest goals, solve the most complicated tasks and give a proper response to any challenges," he said in a speech published by the Kremlin.

The National Unity Day was established in 2005 to commemorate the events of 1612, when Kuzma Minin and Dmitry Pozharsky led the people's volunteer army to liberate Moscow from foreign occupation.

Earlier on Monday, Putin laid flowers at the monument to Minin and Pozharsky on Red Square.