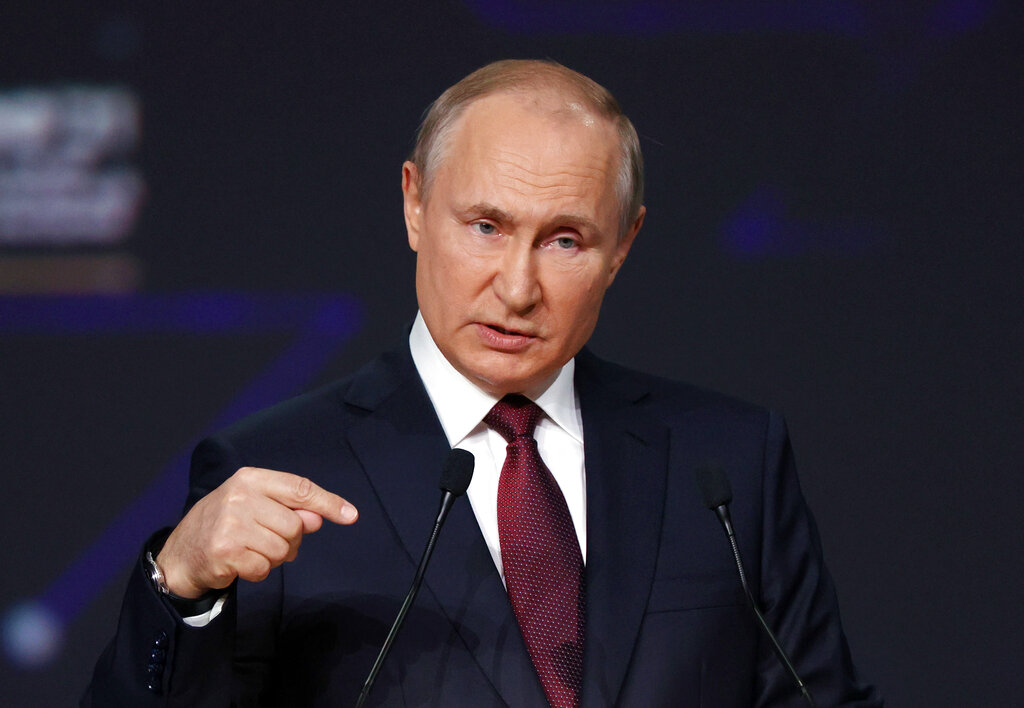 President Vladimir Putin dismissed as "farcical" accusations that Russia was behind cyber attacks against the U.S. in an interview with NBC that was broadcast Monday ahead of his summit with President Joe Biden.

"Where is proof? It's becoming farcical," he said. "We have been accused of all kinds of things, election interference, cyber attacks and so on and so forth, and not once, not one time, did they bother to produce any kind of evidence or proof, just unfounded accusations."

The U.S. has recently been hit by a series of cyber attacks, including one on the world's largest meatpacker, JBS, and another on the Colonial Pipeline that triggered fuel shortages and panic buying.

Washington has attributed both attacks to ransomware criminals it says are known to be operating from Russia, allegations that Russia has denied.