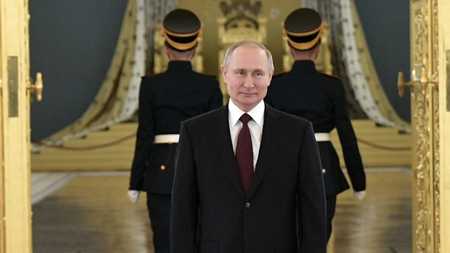 Putin had discussed the resignation of the government with then Prime Minister Dmitry Medvedev in advance, he was quoted as saying in a multiple-episode report entitled "20 Questions with Vladimir Putin."

Putin spoke of his open and sound relations with Medvedev for many years, ruling out the speculation that the cabinet resignation was a "special operation."

As to whether the reshuffle has created an impression of hastiness, Putin said that each step had been discussed and thought through in advance and a gap in power would plunge the country into a mess.

Putin said that he listened to the views of new Prime Minister Mikhail Mishustin when forming the cabinet, and that qualification is the main criterion for selecting candidates for ministerial posts.

Some officials from the president's office have entered the new cabinet because it is logical to leave the implementation of national projects at the government level to those who have prepared for it in the Kremlin, Putin said.

Medvedev and his entire government resigned on Jan. 15 and a day later, Putin appointed Mishustin, the former head of the Russian Federal Tax Service, as new prime minister and Medvedev as deputy chairman of the Security Council.