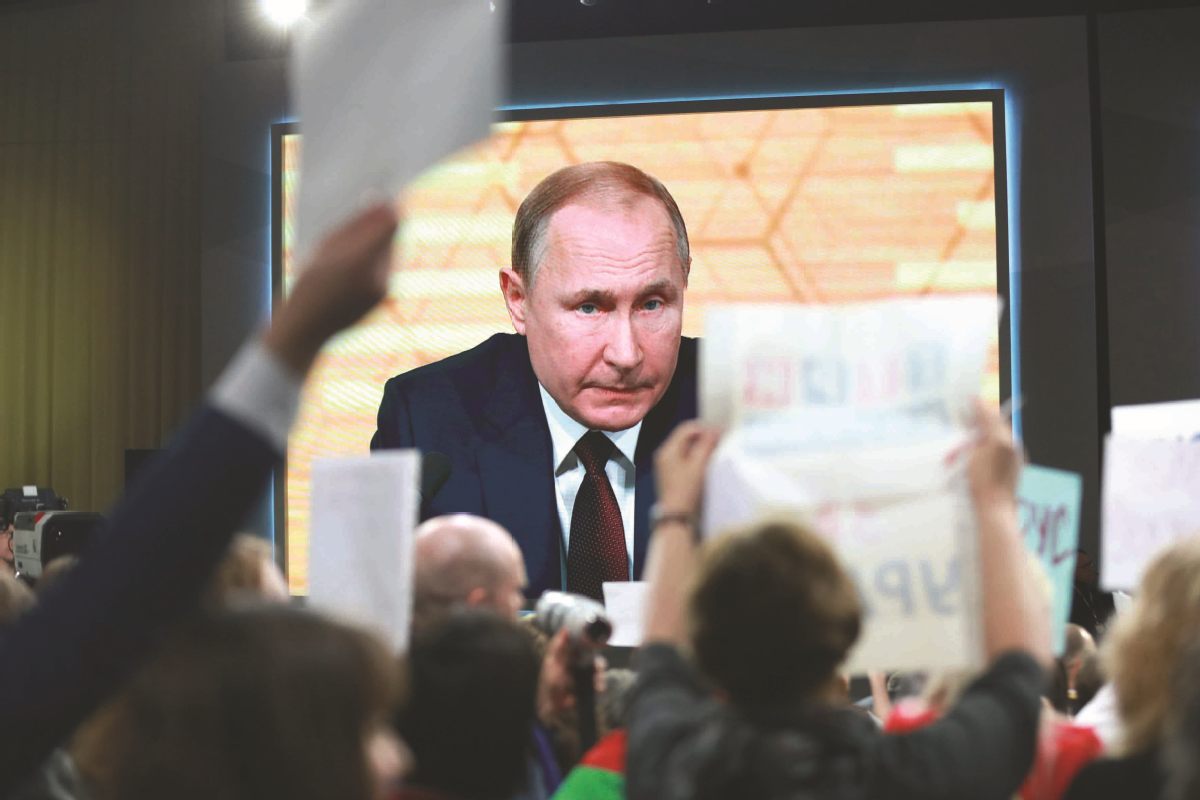 The level of mutual trust between Russia and China has reached the highest level in history, said Russian President Vladimir Putin on Thursday in Moscow.

Speaking at his 15th annual news conference, Putin said the real value of Sino-Russian cooperation is not the statistics the two countries have achieved through cooperation, but the mutual trust between the two peoples.

"We have made success in the fields of economics, aerospace and others, and such cooperation means a lot to the multi-polar world," he said.

Almost 1,900 correspondents from around the world participated in this year's news conference, breaking last year's record number of just more than 1,700. The first such event in 2001 drew more than 500 journalists.

At the beginning of the 4.5 hour session, Putin spoke about the sanctions from the World Anti-Doping Agency, also known as WADA, which will rule Russia out of many major international sporting events for the next 4 years.

He condemned WADA's decision, stressing that it is just a way to neutralize the country's strong competitors, and added that the WADA restrictions contradict the Olympic Charter and create obstacles to the development of sports by not allowing athletes from Russia to take part in international events.

"We have young girls in women's figure skating, they are still kids," Putin said. "Do they have any connection to doping? Absolutely not! They are landing quadruple jumps, something that practically no other skaters are able do in women's skating. So, now it's possible to disqualify them, to get them off the ice. Do you think it will help to develop the sport? I don't think so."

When asked about current relations with the United States, Putin said Moscow was ready to extend the New Strategic Arms Reduction Treaty between the countries. He also called the impeachment of US President Donald Trump a "continuation of domestic political infighting".

On Wednesday, for just the third time in the US history, the House of Representatives voted to impeach a sitting president, following a day-long debate on whether Trump violated his oath of office in pressuring Ukraine to damage a political rival.

Asked by a US think tank member about the vote, Putin said he did not think the Trump presidency was over, noting that the trial still has to go through the Senate, where the Republicans have a majority.

"I doubt they will want to expel from power their party representative based on what I think are absolutely made-up reasons," the Russian leader said.

"This is just the continuation of the internal political battle, one party that lost the elections, the Democrats, and are now trying to find new ways by accusing Trump of collusion with Russia," he said.

"But then it turns out there was no collusion, this can't be the basis for the impeachment. Now they came up with some pressure on Ukraine, I don't know what is the pressure.

"But your Congressmen know better," he added.