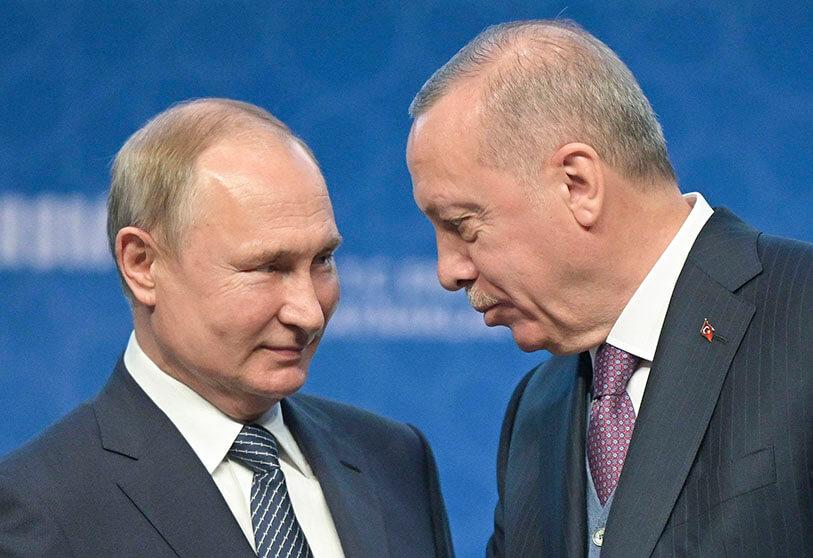 Russian President Vladimir Putin on Friday held a phone conversation with Turkish President Recep Tayyip Erdogan, during which they discussed the situation in Ukraine.

"Putin thanked Turkey for its assistance in hosting another round of talks between Russian and Ukrainian representatives on March 29 in Istanbul and shared his principled assessments of the ongoing negotiating process," the Kremlin said in a statement.

Erdogan thanked Russia for providing assistance with the evacuation of Turkish citizens from the active combat zone, it added.

Both leaders also discussed bilateral ties and it was agreed to maintain contact.