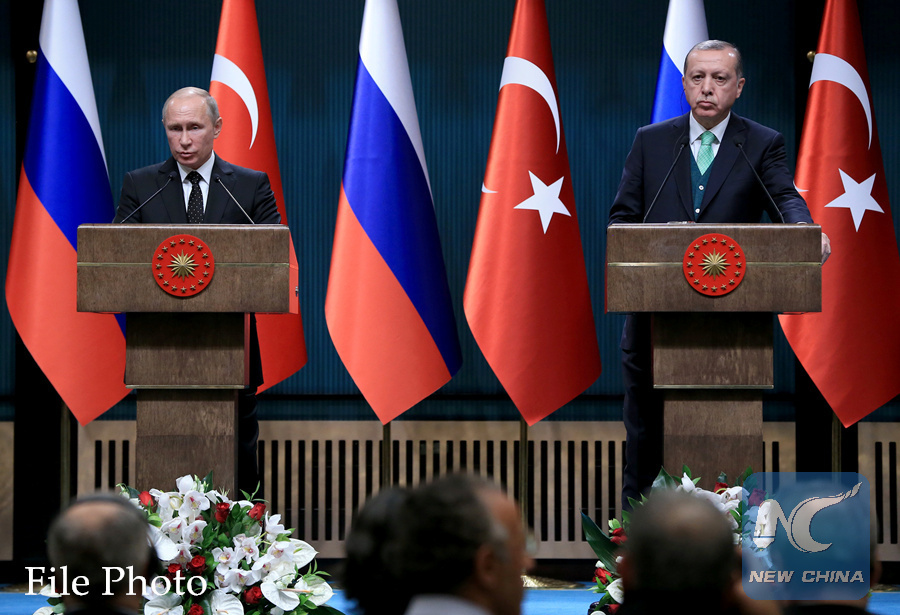 Russian President Vladimir Putin and his Turkish counterpart Recep Tayyip Erdogan praised the results of the current round of Syrian political talks in the Russian resort town of Sochi during a phone conversation, the Kremlin's press service said in a statement Wednesday.

"The heads of state...stressed the importance of implementing the reached agreements, aimed at effective promotion of the Syrian political settlement process on the basis of UN Security Council Resolution 2254," the statement said.

They discussed the need to maintain de-escalation zones in the country as well as continuing the Astana format, a series of peace talks aimed at resolving the ongoing crisis in Syria and determining the country's post-war future.

According to the statement, Putin and Erdogan also exchanged views on the development of their own bilateral trade and economic cooperation.