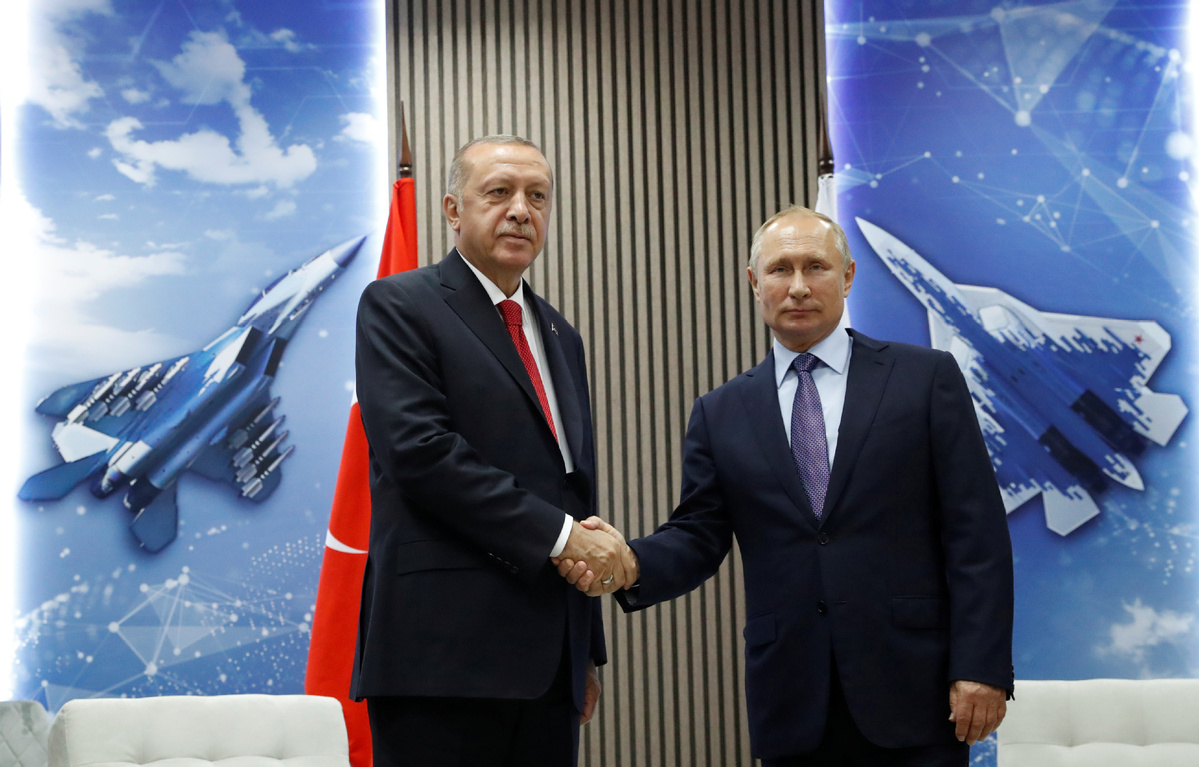 Russian President Vladimir Putin and his Turkish counterpart Recep Tayyip Erdogan shake hands during their meeting on the sidelines of the MAKS-2019 International Aviation and Space Salon in Zhukovsky outside Moscow, on Aug 27, 2019. (Photo: Agencies)

"We have used the opportunity of Mr Erdogan's visit to discuss promising joint projects not only in aviation but also in other sectors of military-technical cooperation," Putin said at a press conference after their talks on the sidelines of the International Aviation and Space Salon, also known as MAKS.

Russia is ready to offer flights on Su-30SM fighters to Turkish pilots, Putin said, adding that he and Erdogan also discussed "cooperation on Su-35 and possible work on new Su-57" jets, but did not provide details.

Russia began on Tuesday the delivery of a second batch of S-400 air defense missile systems to Turkey, Putin said.

He said Russia has demonstrated new weapons and new radio-electronic warfare systems to Turkey and there are many possibilities.

Erdogan said that Turkey is willing to expand cooperation with Russia in various sectors of the defense industry, including warplanes and missiles.

Earlier on Tuesday, Putin and Erdogan talked with the Russian crew on the International Space Station via a teleconference during their visit to the MAKS-2019 exhibition that opened in a suburb of Moscow.