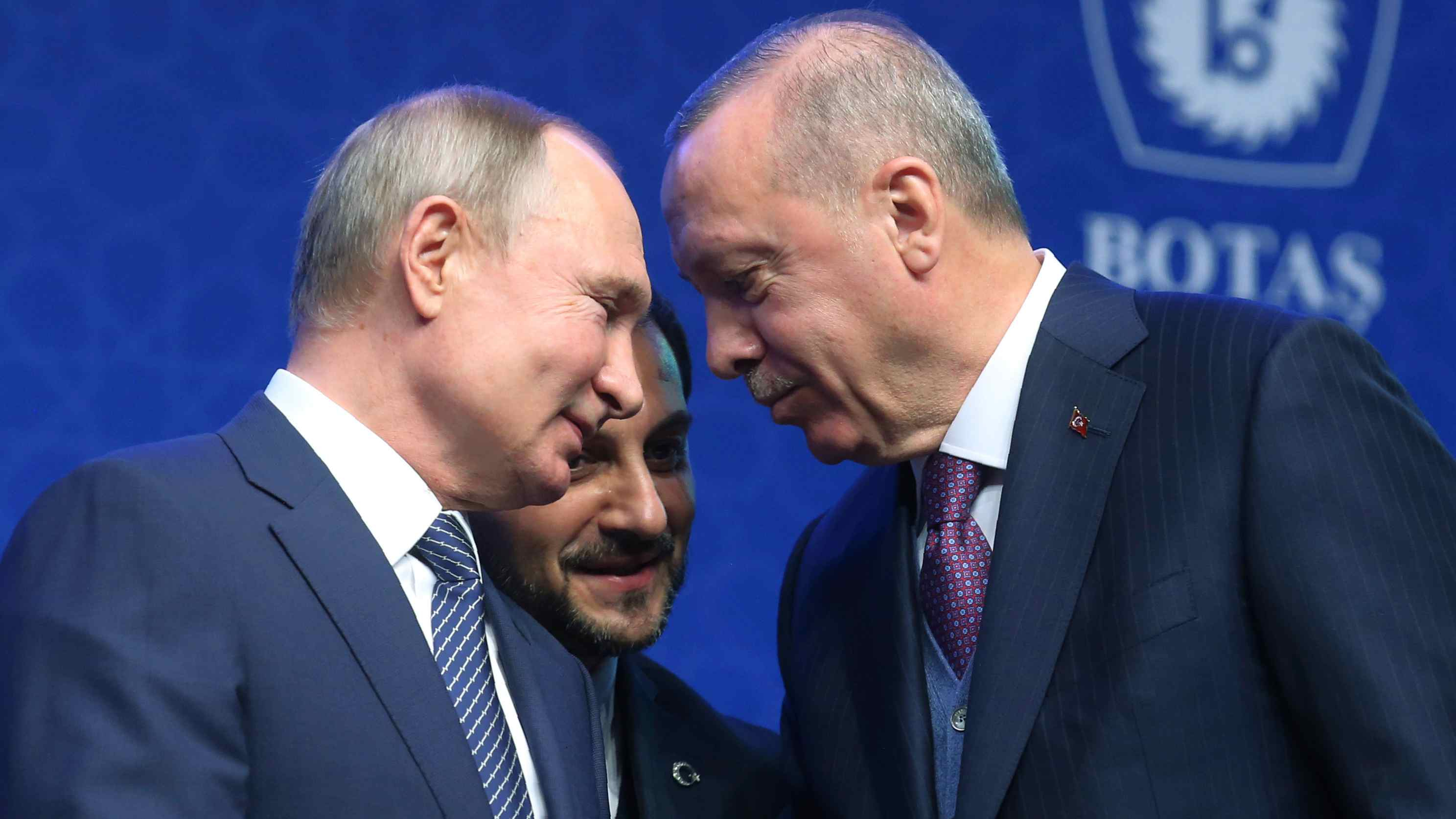 Russian President Vladimir Putin and his Turkish counterpart Recep Tayyip Erdogan called for restraint in the escalating crisis between Iran and the United States, following a meeting in Istanbul on Wednesday.

"We believe that exchange of attacks and use of force by any party do not contribute to finding solutions to the complex problems in the Middle East," said President Recep Tayyip Erdogan and his Russian counterpart Vladimir Putin in a joint statement.

"We express our commitment to de-escalate the existing tensions in the region and call on all parties to act with restraint as well as commonsense and to prioritize diplomacy," the statement said.

Iran fired rockets on military bases housing US troops in Iraq on Wednesday, calling it an act of retaliation for the January 3 US strike that killed Iranian commander Qasem Soleimani.

After the attack, Iranian Supreme Leader Ayatollah Ali Khamenei said in a televised address that Iran "slapped them (Americans) on the face last night," calling for an end to US presence in the heated region.

The two leaders also urged for "an immediate ceasefire" in Libya and called for necessary measures to be taken for stabilizing the situation on the ground.

Libya has been torn by a raging civil war between the UN-recognized Government of National Accord (GNA) based in the capital Tripoli and the Libyan National Army and its allies based in the east.

On Sunday (January 5), Erdogan said Turkey was "gradually" sending troops to Libya under a deal inked with the GNA. Erdogan said there are 2,500 Russian mercenaries supporting renegade strongman Khalifa Haftar – a claim denied by Moscow.

"I would like to emphasize the appeal that President Putin and President Erdogan addressed to all the Libyan parties: immediately cease hostilities, and declare a ceasefire from 00:00 on January 12, 2020, i.e. Saturday night to Sunday," Lavrov said.

"The foreign ministers and the defense ministers of Russia and Turkey were instructed to continue contacts in the coming days in order to advance the approaches outlined above for the Libyan crisis," he added.