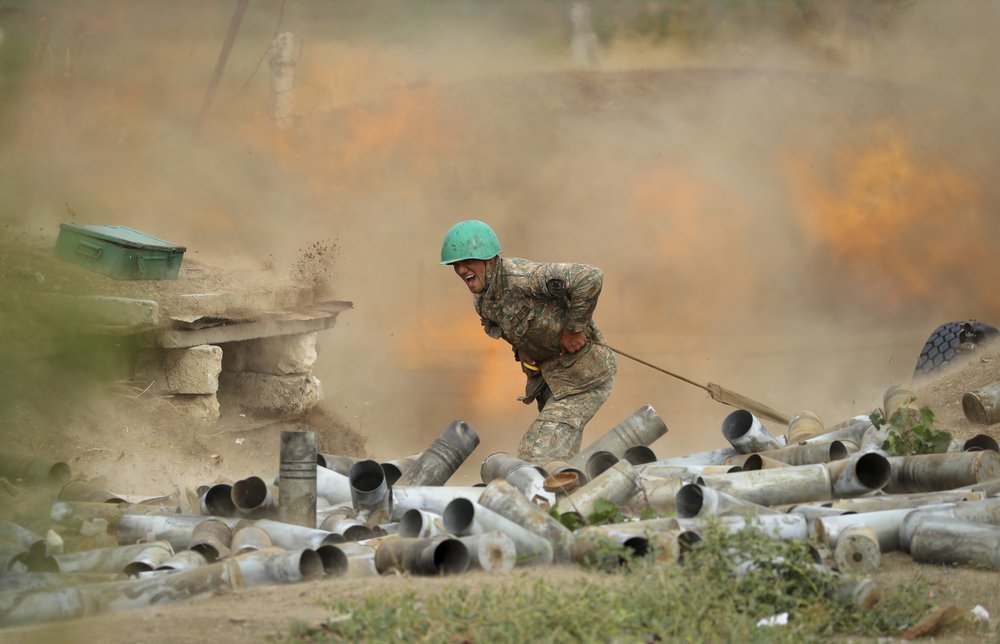 MOSCOW, Sept. 29 (Xinhua) -- Russian President Vladimir Putin expressed concerns over the conflicts in the Nagorno-Karabakh region during a phone call with Armenian Prime Minister Nikol Pashinyan, the Kremlin said Tuesday in a statement.

"Discussion of the situation in the Nagorno-Karabakh conflict zone was continued," it said.

During the conversation, Putin expressed serious concerns over the ongoing hostilities, underlining the urgent need for the opposing parties to stop the fire and take measures to de-escalate the crisis.

The phone call was initiated by the Armenian side.

A new round of clashes broke out on Sunday morning along the contact line of the disputed Nagorno-Karabakh region between Armenia and Azerbaijan.

Armenia and Azerbaijan have been at loggerheads over the mountainous region of Nagorno-Karabakh since 1988. Peace talks have been held since 1994 when a ceasefire was reached, but there have been occasional minor clashes along the borders.