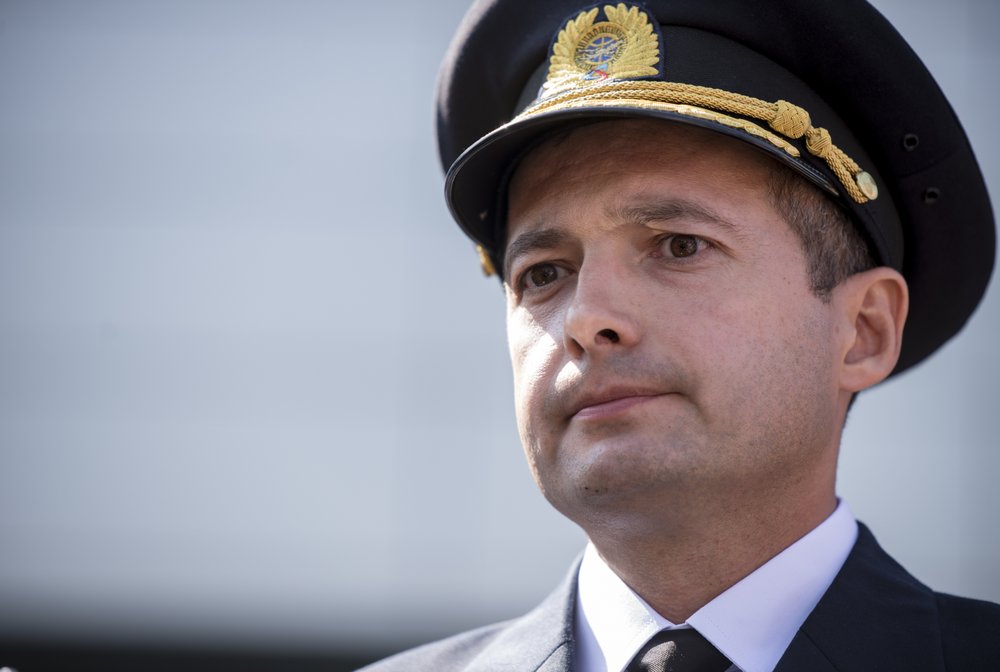 Russian President Vladimir Putin on Friday awarded the nation’s highest medal, the Hero of Russia, to the pilot who managed to smoothly land his disabled passenger plane in a cornfield after a flock of birds hit both engines and knocked them out.

The experienced captain, 41-year-old Damir Yusupov, said Friday that a quick landing was his only chance and he was not afraid of handling it. He said he had hoped to circle the airport and land normally when one engine shut down due to the bird strike moments after taking off from Moscow’s Zhukovsky Airport. But then his second engine cut off moments later, leaving him no choice.

He landed his Ural Airlines A321 so gently in the head-high corn that just one of the 233 people on board was hospitalized.

People all across Russian have hailed Yusupov as a hero — the accolades he said were embarrassing.

Putin also awarded the Hero of Russia to the plane’s second pilot, 23-year-old Georgy Murzin and bestowed other top awards on the plane’s cabin crew.

Yusupov’s feat Thursday drew comparisons to the 2009 “miracle on the Hudson,” when Capt. Chesley Sullenberger safely ditched his plane in New York’s Hudson River after a bird strike disabled its engines, saving the lives of all 155 people on board.

“I didn’t feel any fear,” Yusupov told reporters in a televised interview from Yekaterinburg. “I saw a cornfield ahead and hoped to make a reasonably soft landing. I tried to lower vertical speed to make the plane land as smoothly as possible and glide softly.”

Yusupov hailed his cabin crew, who managed to evacuate the passengers. He also apologized to passengers for failing to get them to their destination — Simferopol in Crimea.

“I wish a quick recovery to all those injured and I wish them not to be afraid of flying,” he added.

The Emergencies Ministry said 74 people asked for medical assistance after the landing. Health authorities said 23 people were taken to the hospital, but all but one was released following check-ups.

The son of a helicopter pilot, Yusupov had worked as a lawyer before he changed course and joined a flight school when he was 32. He has flown with Ural Airlines since his graduation in 2013, logging over 3,000 flight hours. He became a captain last year.

Bird strikes on planes occur regularly around the world, even though airports use bird distress signals, air cannons and other methods to chase them away from runways. Smaller birds are usually chopped up by a plane’s turbine fan blades, but plane engines aren’t designed to withstand strikes from multiple birds or larger birds.

John Goglia, a former member of the US National Transportation Safety Board, said the bird-vs-engine problem has been under study for years, with no permanent fix available yet. He said a cornfield was a good place to land because it’s free of big rocks and trees that could have damaged the plane.

Some Russian officials suggested the flock of gulls that hit Yusupov’s plane could have been attracted by an unauthorized garbage dump near the airport. Local authorities confirmed after checking that there are several dumpsites in the vicinity, including an unauthorized one. Numerous ponds and lakes are also located near Zhukovsky Airport, helping attract gulls.