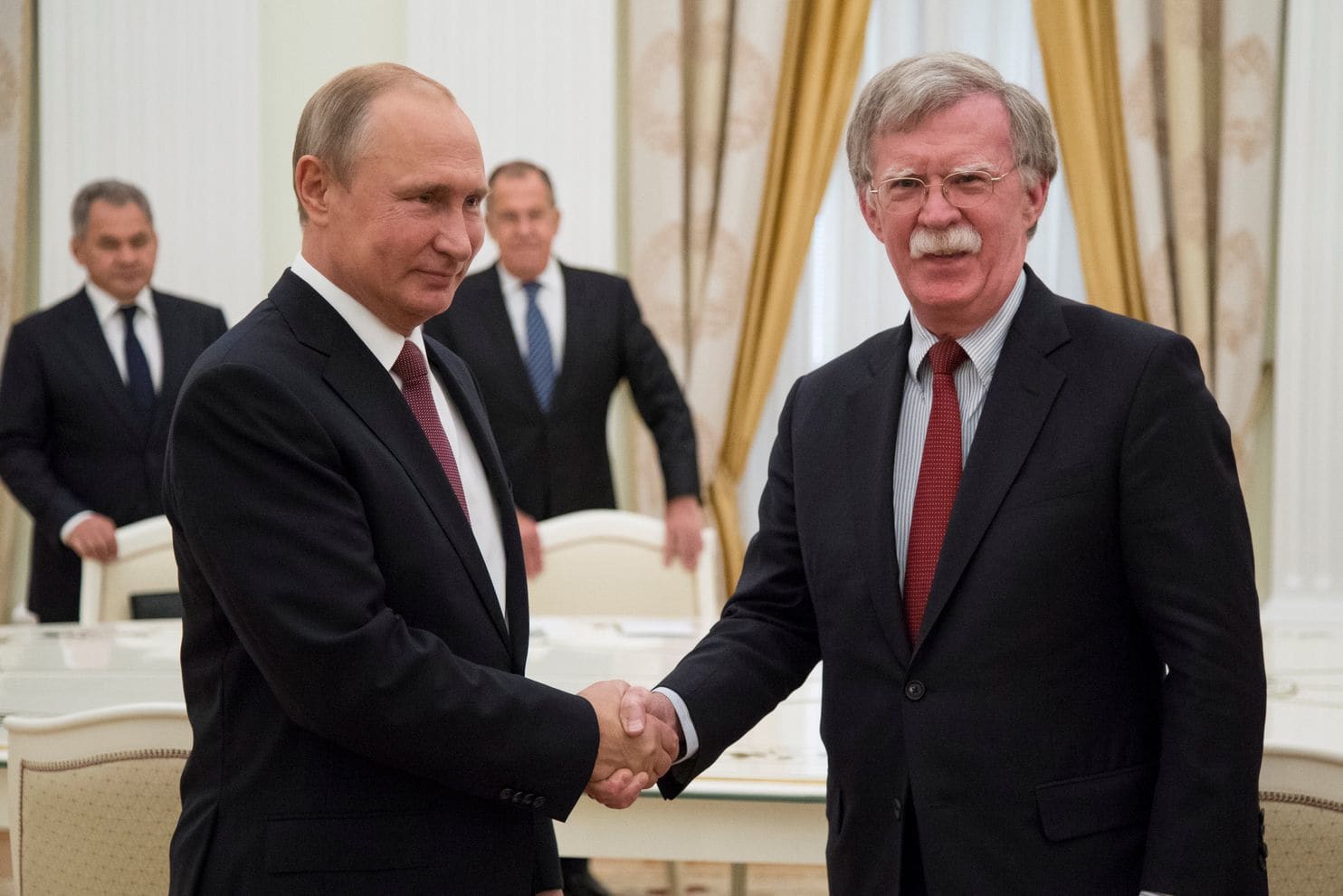 Hardliner John Bolton is in Moscow to lay the groundwork for a summit between the Kremlin chief and President Trump that may take place next month in Europe.

"Your visit to Moscow gives us hope that we can at least take the first step to reviving full-blown ties between our states," Putin told Bolton at the start of the Kremlin meeting after the two smiled and shook hand for the cameras.

"We never sought confrontation," Putin said in televised remarks, adding he regretted that the Russia-US ties were not "on top form."

Bolton said it was important to keep talking and complimented Putin on his handling of the football World Cup, currently taking place in Russia.

"Even in earlier days when our countries had differences our leaders and their advisors met and I think that was good for both countries, good for stability in the world and President Trump feels very strongly on that subject," he said.

"So again we are most appreciative of your courtesy and graciousness here and I look forward to learning how you handle the World Cup so successfully, among other things."

The United States will co-host the 2026 World Cup with Mexico and Canada,

Putin's spokesman Dmitry Peskov said earlier in the day the meeting would be used to discuss "the sad state" of bilateral relations as well as top international issues.

Trump said this month that Russia should be re-admitted to the G7 group of industrialized democracies, from which it was suspended for its absorption of Crimea in 2014.

A former US ambassador to the UN, Bolton is known for his hawkish stances and has repeatedly called for tough sanctions against Russia.

"We negotiate with Russia at our peril," he wrote in a column for the Daily Telegraph in 2017.

Trump is due to participate in the July 11-12 NATO summit in Brussels before heading to Britain to meet Prime Minister Theresa May and Queen Elizabeth II.

Putin and Trump discussed holding a summit when the US leader congratulated the Russian president on his re-election in March, reportedly ignoring advice from his advisors.

Moscow said Trump had invited Putin for a summit at the White House but the focus has since shifted to a possible meeting on neutral ground.

Earlier this month, Putin said he was ready to meet Trump as soon as Washington gave the green light, adding that Vienna was a possible venue.

But US-based news website Politico reported this week that the two leaders could meet in the Finnish capital Helsinki.

Finnish President Sauli Niinisto said Helsinki is "always ready to offer its good services if asked." He did not provide further details.

US-Russian relations have suffered from years of disagreement over the Syrian conflict, Russia's absorption of Crimea and its involvement in eastern Ukraine.

More recently bilateral ties have been strained by a probe into Russian meddling in the 2016 US presidential election and suspected collusion with the Trump campaign, as well as by the poisoning of a former Russian spy in Britain.

The last, brief meeting between Putin and Trump took place in November 2017 in Vietnam during an APEC summit.