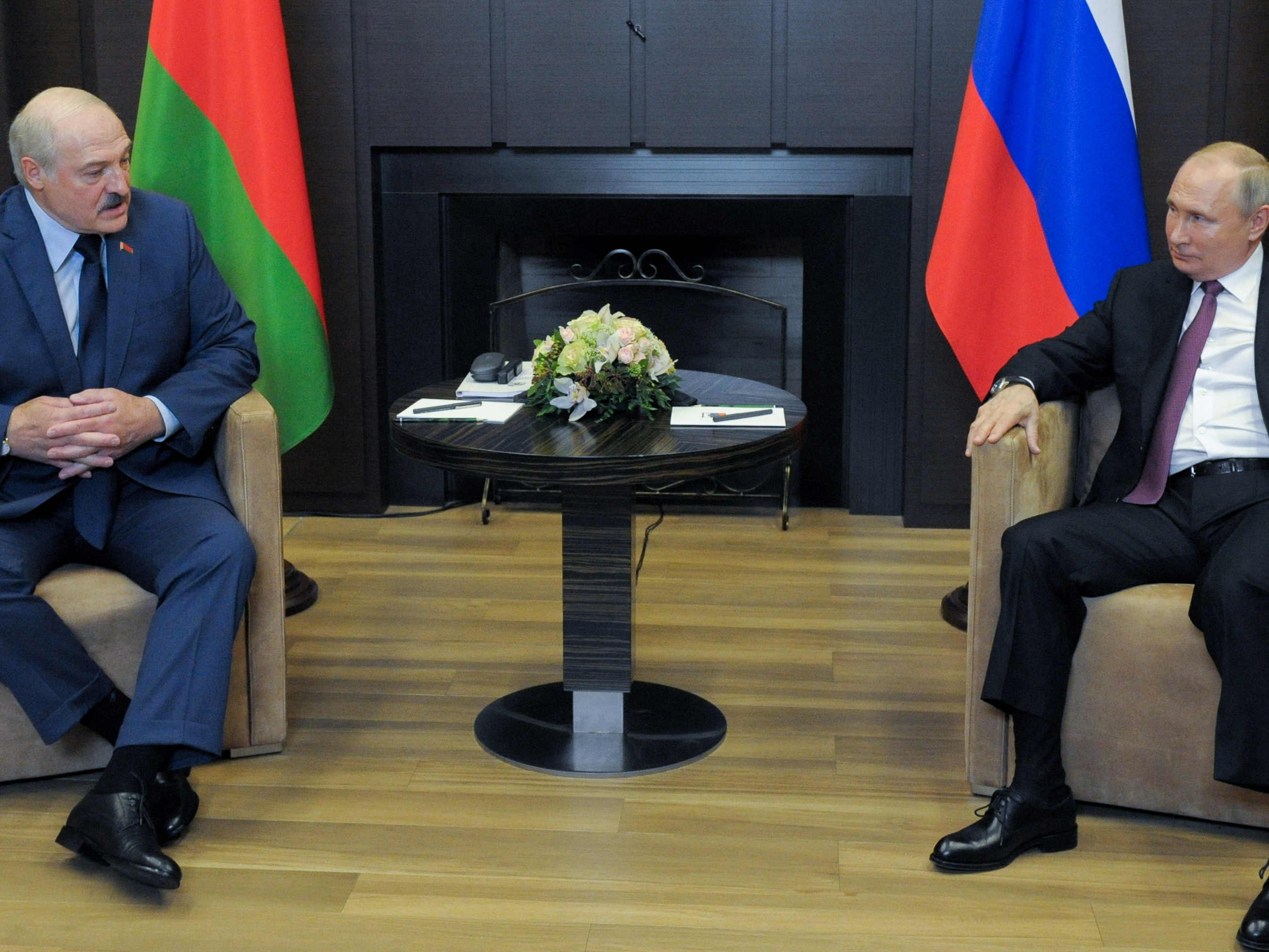 Russian President Vladimir Putin on Friday met with his Belarusian counterpart Alexander Lukashenko in Sochi where the leaders discussed the aftermath of the Ryanair incident, the Kremlin said in a statement.

Putin agreed with Lukashenko's opinion that the reaction to the Ryanair landing demonstrated an "emotional outburst," and added there were many other common fields of interest both leaders could discuss, according to the statement.

Putin recalled an incident that took place in 2013, when the airplane of the Bolivian president was forced to land at a different location, pointing out the reaction back then was rather quiet.

Lukashenko in turn told the Russian leader he would show him documents related to the recent emergency landing of the Ryanair flight.

"There has been an attempt to stir up the situation so it would end up being similar to that of August last year... It is simply clear what these Western friends want from us," he said, speaking of mass election protests in Belarus in 2020.

Irish airline Ryanair said that flight FR4978 from Athens to Vilnius was directed to an airport in Minsk on Sunday as crew on the plane had been alerted to a possible security threat by Belarusian authorities, adding that nothing untoward was found.