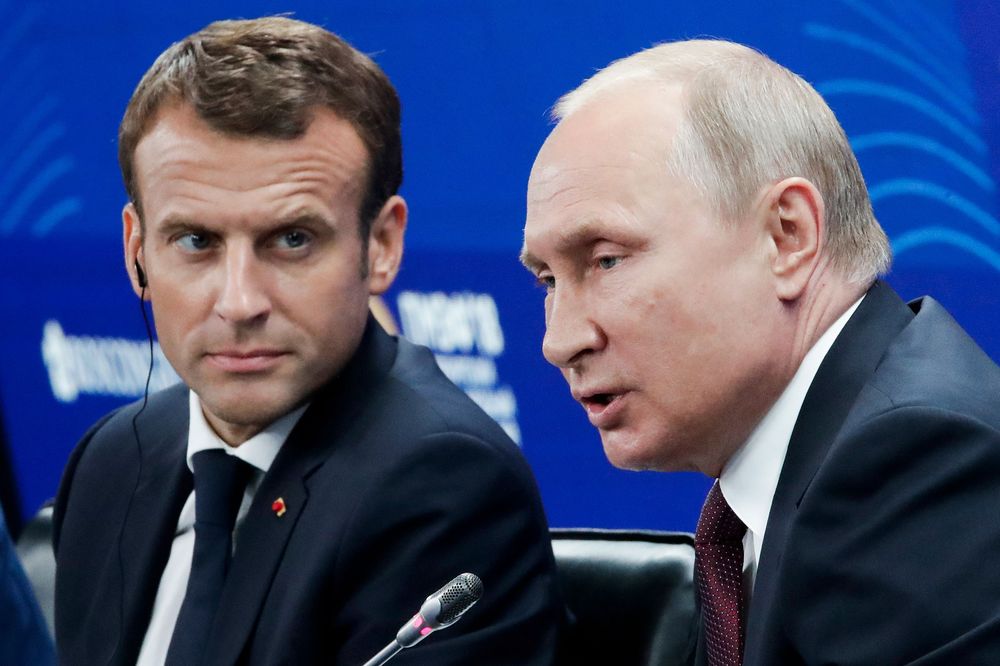 MOSCOW, Feb. 16 -- Russian President Vladimir Putin and his French counterpart Emmanuel Macron agreed during a phone conversation to continue coordination of the two countries in order to facilitate the peace settlement in Syria, the Kremlin said Saturday.

"The parties noted the need to promote the intra-Syrian political dialogue and to launch the work of the Constitutional Committee as soon as possible," a Kremlin statement said.

They reaffirmed mutual commitment to continue Russia-France contacts for the sake of assisting Syria's return to peace, it said.

Putin and Macron also agreed on further cooperation to accelerate the settlement of the Ukrainian internal conflict, including in the Normandy format, the Kremlin said.

On Thursday, Putin and his Turkish and Iranian counterparts agreed on several key directions of future interaction in the settlement of the Syrian crisis after a trilateral summit in the Russian city of Sochi, including pushing forward the constitutional reform in the country.

Putin said that most of the participants of the constitutional committee had been agreed on with the Syrian government and the opposition, and that the next step would be to elaborate regulations for the main parameters of its functioning.