Putin meets Assad ahead of Syria talks with Turkey and Iran 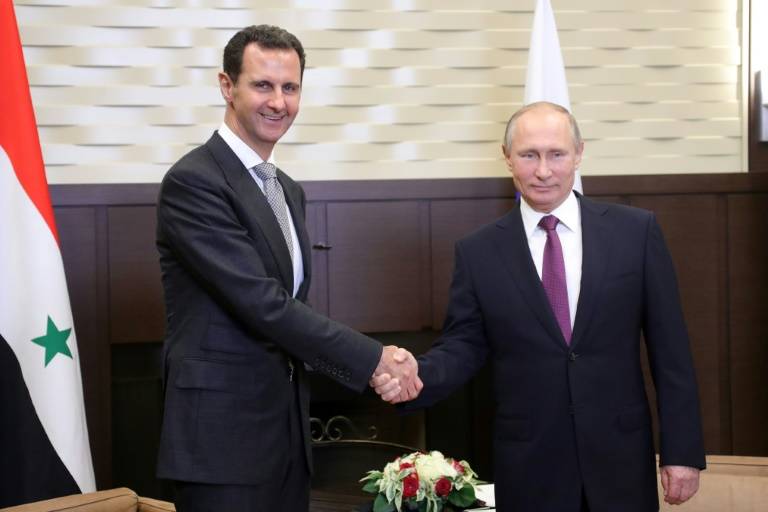 President Vladimir Putin said the Russian army had "saved Syria as a state" after an unexpected meeting with its leader Bashar al-Assad in Russia, as Syrian regime forces take an upper hand over rebels and the Islamic State group.

The talks came during a surprise visit by Assad to the Black Sea resort of Sochi Monday, ahead of a summit between Putin and the leaders of Turkey and Iran on Wednesday aimed at rebooting the Syrian peace process.

Billed as a "working visit" it was the first meeting between the Russian and Syrian leaders in two years, after Assad travelled to Moscow in 2015 to thank Putin for his decision to intervene militarily in Syria.

"As for our joint work in the fight against terrorism in Syria, this military operation is coming to an end," Putin said in comments released by the Kremlin on Tuesday.

The Russian leader praised Assad and predicted terrorism would suffer an "inevitable" defeat in the country.

"Thanks to the Russian army, Syria has been saved as a state. Much has been done to stabilise the situation in Syria," Putin said.

Assad for his part thanked Putin for his support and added that Syria wanted to advance negotiations.

"We don't want to look back and we are ready for dialogue with all those who want to come up with a political settlement," Assad said in translated comments.

Putin said he would discuss Syria with global and regional players, including with US President Donald Trump.

Russia's army chief of general staff, Valery Gerasimov, was quoted by Russian news agencies as saying that "despite the fact that there remains a raft of unresolved problems" the military stage "is coming to its logical conclusion".

Putin will Wednesday host Turkish President Recep Tayyip Erdogan and Iran's leader Hassan Rouhani for a key summit on the peace process, ahead of parallel UN-led talks in Geneva set for November 28.

The meeting -- the first such three-way summit -- comes as Ankara, Moscow and Tehran cooperate with increasing intensity on ending the six-year civil war in Syria that has claimed some 330,000 lives and made millions homeless. 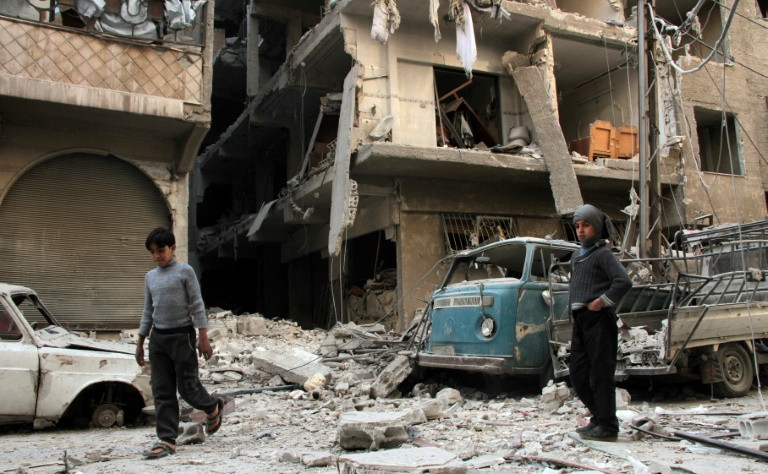 Ankara, Moscow and Tehran are cooperating with increasing intensity on ending the over six-year civil war in Syria that has left 330,000 dead and millions homeless.Photo:AFP

The trio are cooperating despite Turkey still officially being on an opposite side in the Syrian conflict from Russia and Iran, which are key Assad backers.

"Assad's visit... shows that there was a need to relay the Syrian leadership's position on a future settlement to the Kremlin, and that (Assad) was interested in the forthcoming summit with the presidents of Iran and Turkey," said Russian political analyst Azhdar Kurtov.

"It is unlikely this was just another demonstration of the Kremlin's political loyalty to Assad," he told AFP.

"The open-war phase in the Syria conflict will soon be over and the question of a political solution will become more pressing than before."

Russia, Iran and Turkey have backed negotiations in the Kazakh capital Astana that have brought together the representatives of the opposition and the regime seven times this year. 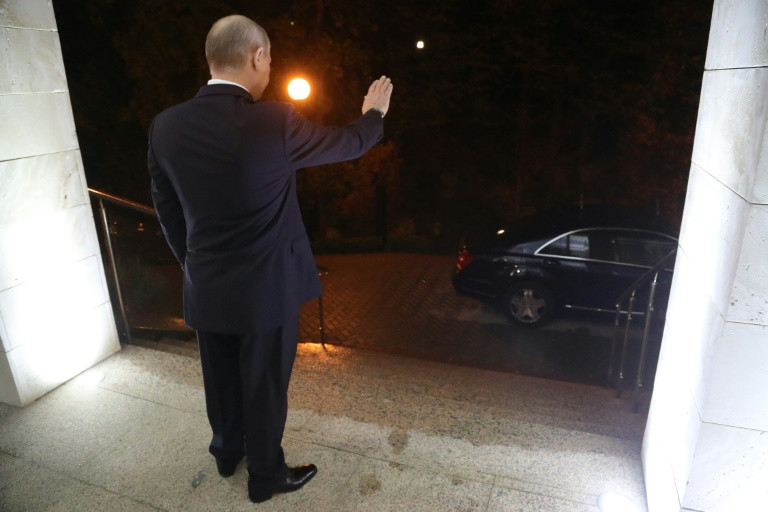 The talks led to the creation of four so-called "de-escalation zones" that produced a drop in violence, but sporadic fighting and bombardment has continued.

Moscow is now seeking to steer the process in a political direction.

The Sochi summit will help to "relaunch direct negotiations between the Syrian government and the range of the opposition", said Russian Foreign Minister Sergei Lavrov.

Moscow's military intervention in Syria in 2015 is widely seen as tipping the balance in the conflict.

Since then the Syrian army has reclaimed the ancient city of Palmyra from the Islamic State and driven rebels out of their northern bastion Aleppo.

This week regime forces ousted IS from its last urban stronghold in the country, Albu Kamal.

Previous attempts to end the war have stalled over the question of Assad's fate.

But Turkey is showing greater flexibility, even if it remains unlikely that it will officially accept the prospect of the Syrian president remaining in power, said Timur Akhmetov, a Turkey expert at the Russian International Affairs Council.

"For now, to keep a say in the future political negotiations is more important for Turkey than to have Assad departed from power," he told AFP.

Different factions of the Syrian opposition will meet from Wednesday in Riyadh in talks hosted by Saudi Arabia.

The aim of the Saudi-backed High Negotiations Committee is to reach consensus on a strategy for UN-backed talks in Geneva, which will focus on a new constitution for Syria and fresh elections.