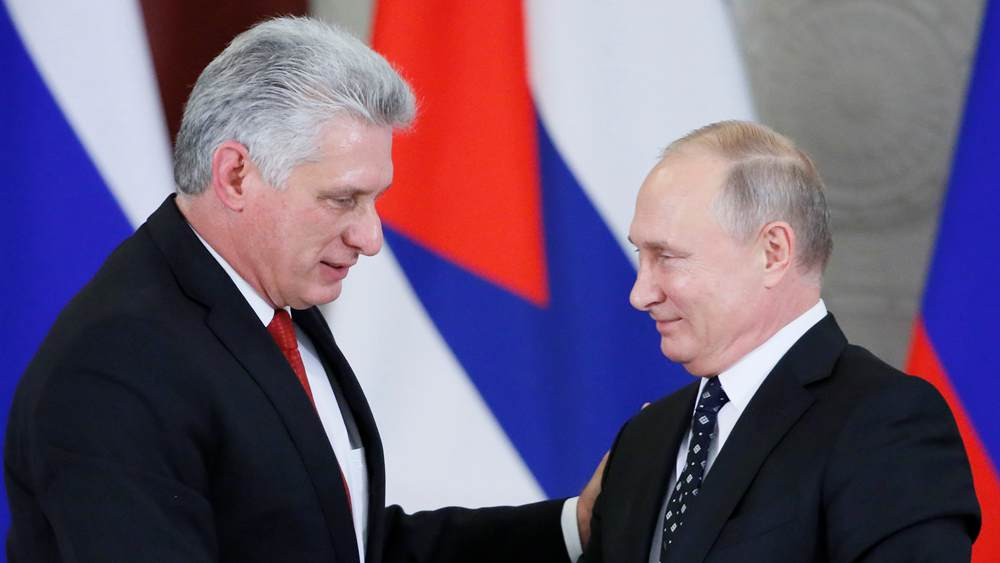 His trip came a day after the United States, which has slapped several rounds of sanctions on Russia, imposed new economic restrictions on Cuba.

Diaz-Canel took office in April in a historic transition of power on the Caribbean island, succeeding Raul Castro, who took over from his elder brother Fidel, father of the 1959 revolution.

Diaz-Canel invited Putin to visit Cuba in 2019 and said he would assure the continuity of the "legacy" of the relations between Moscow and Havana built since the Soviet period.

In a brief joint statement after their meeting in the Kremlin, Putin praised "friendship, mutual support and help" which mark the two countries' relations through the decades, and said the two leaders had "substantive and effective talks."

In the same statement, Russia and Cuba also called on the US to reconsider its intention to withdraw from a Cold War-era nuclear arms treaty.

According to the statement, the move would have extremely negative consequences for international security.

Washington has said it wants to quit the Intermediate-Range Nuclear Forces arms treaty and has accused Russia of violating it, something Moscow denies.