MOSCOW, Dec. 7 (Xinhua) -- Russian President Vladimir Putin held a telephone conversation with German Chancellor Angela Merkel, where the leaders exchanged views on the situation in Nagorno-Karabakh and other issues, the Kremlin said Monday in a statement. 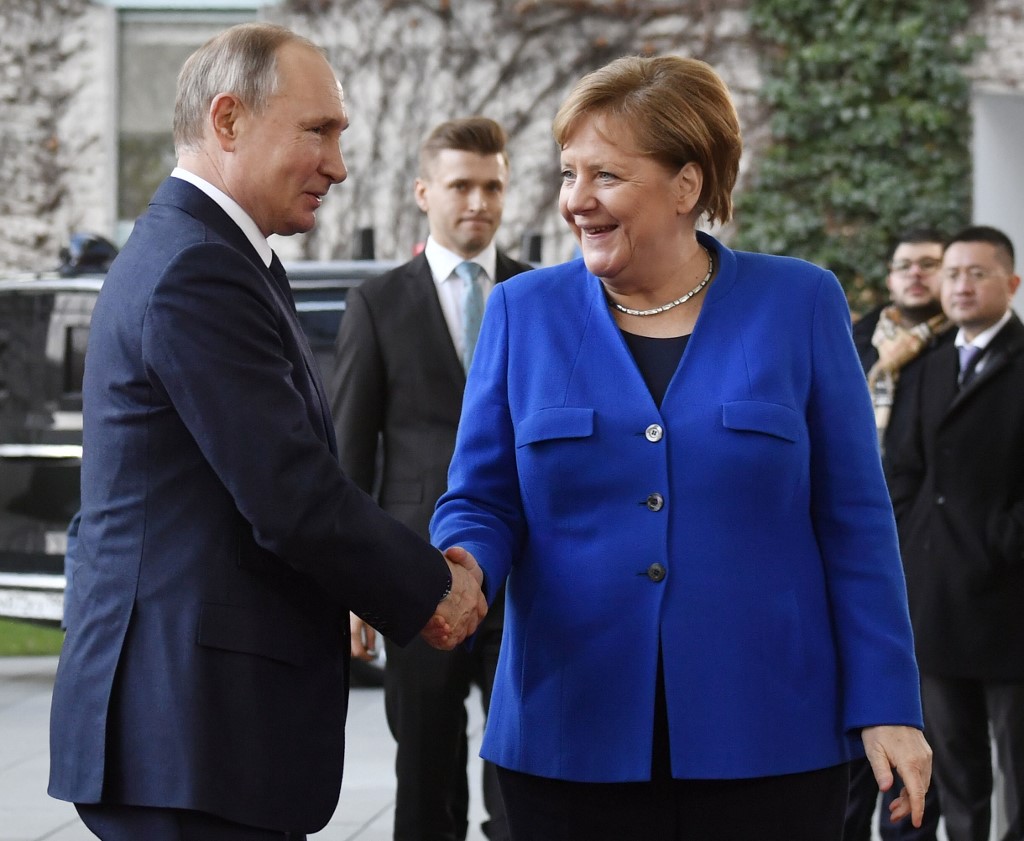 Putin noted that Russia's mediation efforts aimed at a peaceful settlement in the Nagorno-Karabakh region and the implementation of the agreement reached on Nov. 9 by the presidents of Azerbaijan and Russia and the prime minister of Armenia have contributed to regional stability, according to the statement.

Both leaders agreed to continue working within the framework of the Organization for Security and Co-operation in Europe Minsk Group.

The leaders further touched upon the Ukrainian conflict, emphasizing there is no alternative to the Minsk deal on Ukraine and agreed to maintain cooperation within the context of the Normandy format.

Joint efforts in combating the COVID-19 pandemic were also discussed, with an agreement to increase interaction between health ministries on vaccine-related matters.