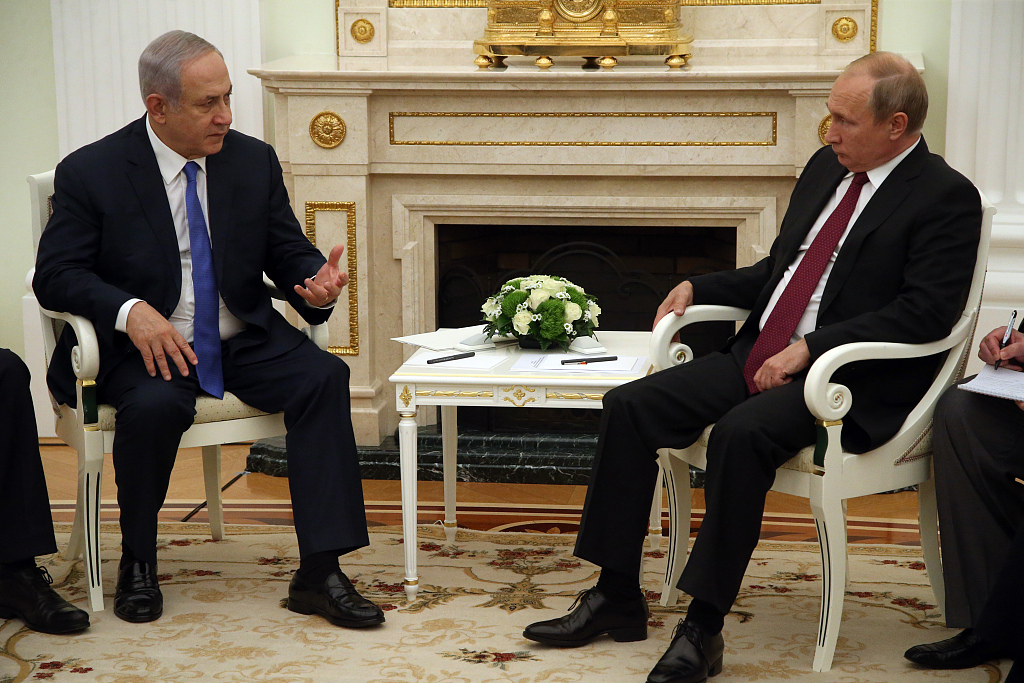 The Kremlin said the two leaders had a phone conversation on Friday. During the conversation initiated by the Israeli side, the leaders discussed the Syrian situation in the context of the US intention to withdraw its troops from Syria.

They stressed the necessity of finally defeating terrorism and quickly advancing a political settlement in Syria.

Putin and Netanyahu also exchanged views on some other hot issues and agreed to maintain contacts at various levels.