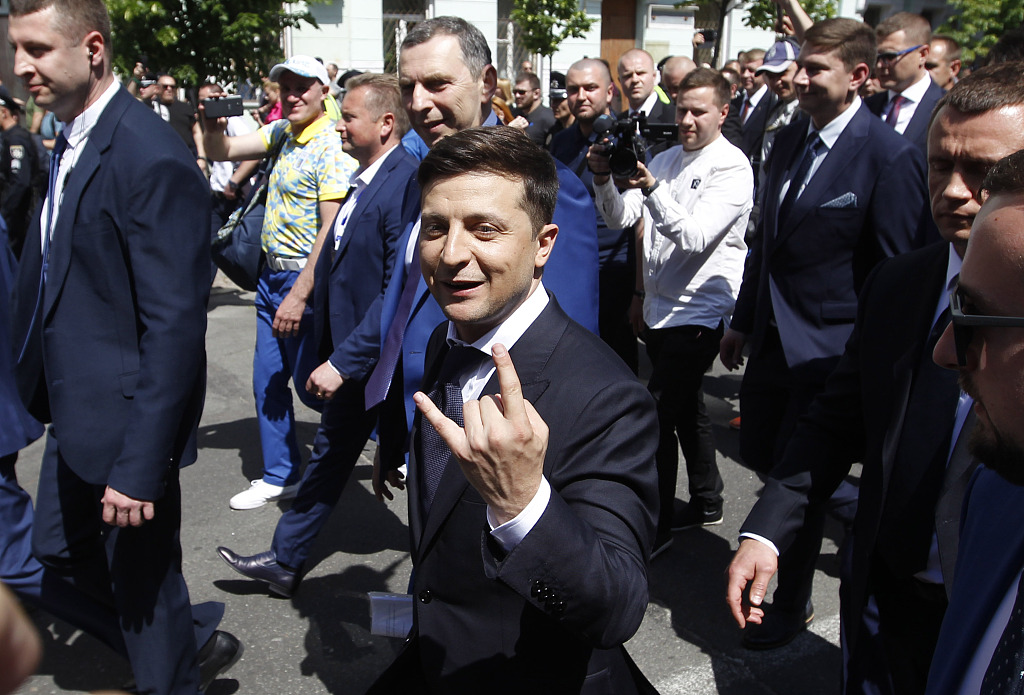 MOSCOW, May 20 (Xinhua) -- Russian President Vladimir Putin will not congratulate new Ukrainian President Volodymyr Zelensky on his victory, but will be ready to congratulate him if he succeeds in resolving the conflict in the rebel region of Donbas, the Kremlin said Monday.

He added that currently Putin has no plans to maintain any contacts with Zelensky.

In his inaugural speech on Monday, Zelensky said that his priority task is to put an end to the hostilities in the eastern region of Donbas.

He also said that the peace settlement there should begin with the return of the captured Ukrainians, according to the official transcript on Zelensky's presidential website.

Zelensky also urged the current Ukrainian government to resign and announced that he is dissolving the parliament.

The official inauguration ceremony took place in the Ukrainian parliament, attended by dozens of foreign dignitaries.

The 41-year-old Zelensky who gained more than 73 percent of the vote was elected as president of Ukraine on April 21 for a five-year term.