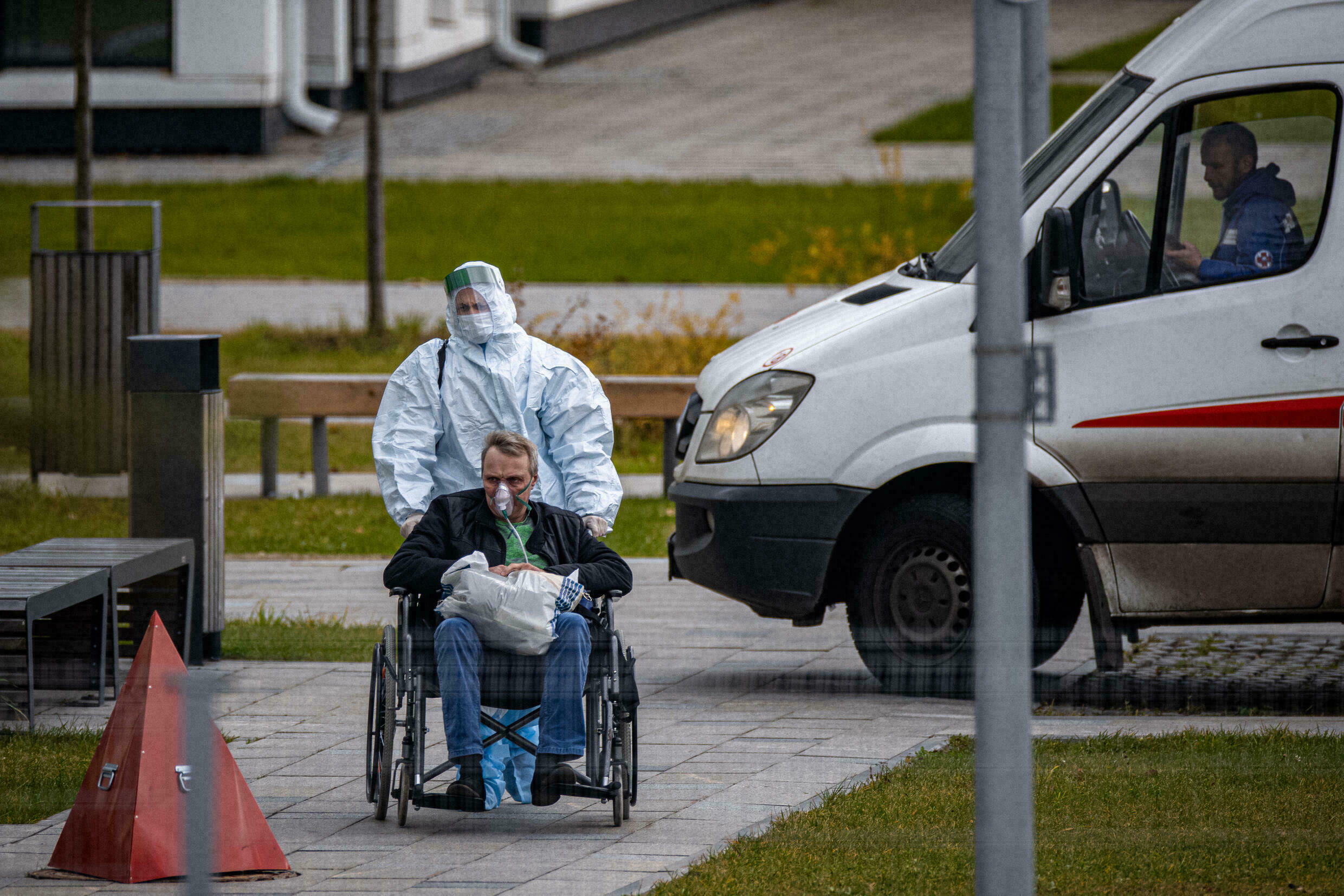 Putin approved a government plan to declare a non-working week across the country from October 30 as Russia registered a record 1,028 coronavirus deaths in a single day.

"The main aim is to protect the lives and health of our citizens," the 69-year-old Kremlin chief said during a televised meeting.

He said the severity of the outbreak in Russia was linked to the country's vaccination rates that are "unfortunately" low.

Infection rates have soared in recent weeks amid a stalled vaccination campaign, with only 35 percent of the country fully inoculated despite several widely available vaccines including Sputnik V.

Putin said he was surprised by how many Russians were refusing the vaccine, even among his "close friends."

"It's strange. People with a good education, scientific degrees... I just don't understand what is happening."

Putin has made numerous pleas for Russians to get Covid jabs, and on Wednesday once again called on people to get immunised.

On Wednesday, the country recorded over 34,000 new virus cases and a total of 226,353 fatalities -- the highest death toll on the European continent.

Russian authorities have been accused of vastly downplaying the scale of the pandemic, and Putin told regional authorities not to under-report the number of virus cases, calling it "dangerous."

Putin has introduced paid holidays during coronavirus peaks before, most recently in May. The new non-working week will coincide with national school holidays.

"Recently, we have been losing more than a thousand of our citizens a day. These are terrible figures," she said. She asked Russians not to travel between regions so as not to "worsen" the situation.

The Russian leader insists that the country has handled the pandemic better than most countries, but even top officials have recently voiced concern.

Pyotr Tolstoy, deputy chairman of parliament's lower house, said at the weekend that the authorities had "completely lost" an information campaign on coronavirus.

"There is no trust in people to go and vaccinate themselves, it is a fact," he said.

The holidays were announced a day after Moscow Mayor Sergei Sobyanin ordered the capital's first coronavirus restrictions since the summer.

He told unvaccinated over-60s in Moscow to work from home and extended mandatory vaccinations for service workers. Those restrictions take effect next Monday and are set to last until the end of February.

Sobyanin also told employers to move 30 percent of their staff to home working.

Life in Moscow, which is home to more than 12 million people, was normal on Wednesday, with restaurants and other indoor entertainment venues open as usual.

Officials warned the worst was yet to come and that the number of hospitalisations was growing at a rate faster than in previous waves.

She said it was the first time the capital has seen such 30-percent growth in cases for five consecutive weeks.

But independent polls show that more than half of Russians do not plan to get a shot.

Putin says he has been vaccinated with Sputnik and last month self-isolated after dozens of virus cases were detected in his inner circle.

But his spokesman Dmitry Peskov on Wednesday appeared to share a widespread belief that having antibodies to the virus meant not needing a Covid jab.

"I have not taken the vaccine because I have a high level of antibodies," Peskov said.