Russian President Vladimir Putin issued a pardon on Wednesday that put into effect the release of Naama Issachar, a jailed Israeli-American woman believed to be entangled in a complicated diplomatic row between Russia, Israel and the United States. 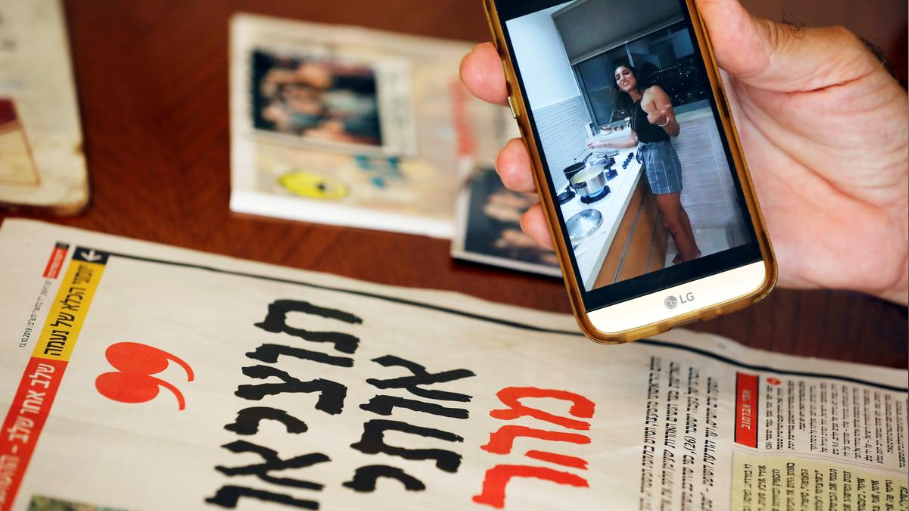 The uncle of Naama Issachars hows a photo of Naama on his mobile phone next to a newspaper with an article about her at his home in Rehovot, Israel, October 13, 2019. The words in Hebrew read "Get me out quickly". (Photo: CGTN)

Israeli Prime Minister Benjamin Netanyahu, who is due to meet Putin on Thursday, welcomed the pardon on Wednesday, saying, "I thank my friend President Putin for granting a pardon to Naama Issachar."

Issachar, 26, was arrested in April last year after police found nine grams of cannabis in her bags during a stopover at a Moscow airport and was sentenced to seven and a half years in prison.

Her arrest gained much of Israel's public attention as it was made shortly after Alexei Burkov, a Russian hacker held in Israel, had prepared to face an extradition trial that would determine whether he was to be extradited to the U.S. or Russia. Local media in Israel have since been accusing the Kremlin of using Issachar to pressure the court on the extradition case.

As the Israeli court ruled in favor of the United States, a heavy prison sentence was later placed on Issachar, a move perceived as punishment over the ruling.

What followed the conviction was waves of Israeli outcry calling for Putin to release Issachar, with its prime minister repeatedly appealing to Putin to pardon Issachar and Issachar herself submitting her plea for a humanitarian pardon.

According to the Jerusalem Post, Israel had also made gestures toward Russia in the hope of strengthening bilateral ties. One such gesture was made a month ago, when Israel ruled in favor of the pro-Putin side in a dispute between offshoots of the Orthodox Church over who controls the Alexander Courtyard in the Christian Quarter of the Old City of Jerusalem.

On Thursday last week, when Putin was visiting Jerusalem for the Fifth World Holocaust Forum, he also met Yaffa Issachar, Naama's mother, and told her "everything will be alright."