WORLD Putin: Pelosi's Taiwan visit is to destabilize and sow chaos in the region

Putin: Pelosi's Taiwan visit is to destabilize and sow chaos in the region

Russian President Vladimir Putin said Monday that the visit by Speaker of the U.S. House of Representatives Nancy Pelosi to China's Taiwan region was "not just a trip by a single irresponsible politician, but part of a purposeful, conscious U.S. strategy to destabilize and sow chaos in the region and the world". 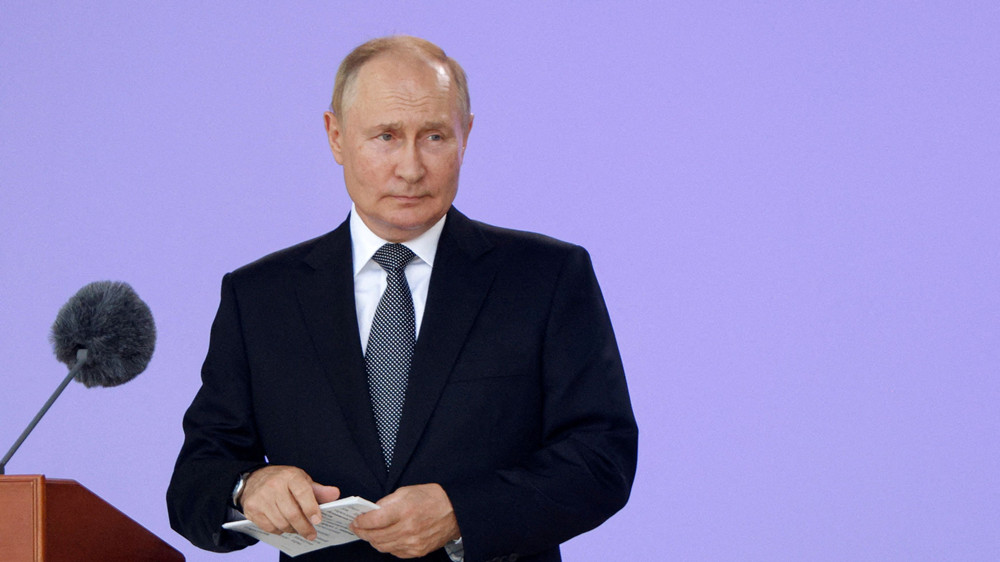 He made the remarks at the opening ceremony of the "Army-2022" International Military-Technical Forum and the International Army Games-2022 held at the Patriot military-patriotic park.

Pelosi paid a visit to China's Taiwan region at the beginning of this month against China's warnings, intensifying tensions across the Taiwan Straits.

The Russian president also cited the AUKUS security pact between Australia, Britain and the United States as evidence of Western attempts to build a NATO-style bloc in the Asia-Pacific region.

"We also see that the collective West is seeking to extend its bloc system to the Asia-Pacific region by analogy with NATO in Europe. For this purpose, aggressive military-political alliances are being formed, such as AUKUS and others," he said.

Russia intends to actively develop cooperation ties with other countries to create new models of weapons and equipment, he added.
Putin also expressed willingness to train more foreign servicemen, including joint military exercises.
The International Army Games 2022 runs from August 13 to 27, participated by 12 countries, including China, Russia and Iran.
The International Army Games, initiated by the Russian Defense Ministry, have served as an international platform for militaries to exchange experience and strengthen cooperation.