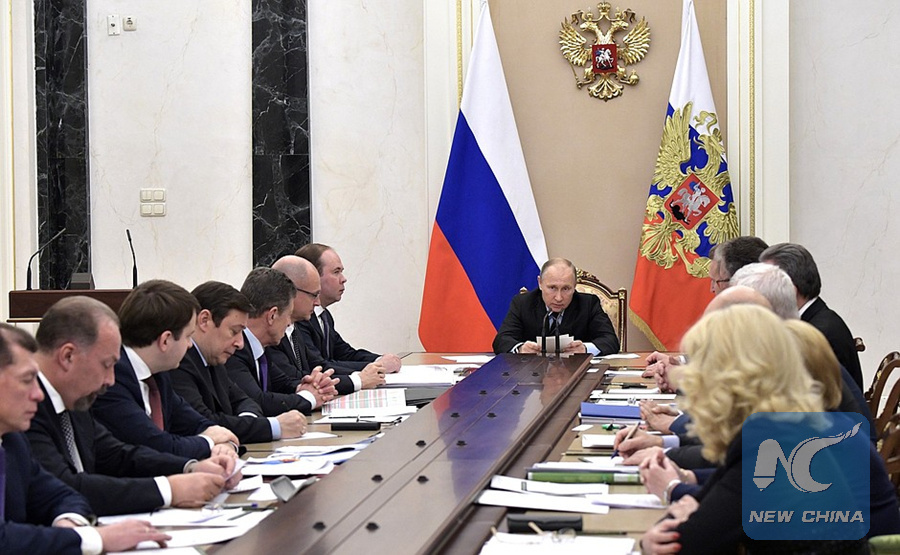 Russian President Vladimir Putin urged the implementation of restructuring measures to lower commercial debts of regions to less than half of their revenues here on October 31.

"I think we need to take all the necessary measures to reduce the volume of commercial debts from all the constituent entities of the Russian Federation to the level not more than half of their revenues," Putin said at a meeting with Cabinet members.

Regions with market debts that exceeded half of their revenues as of October 1 should be granted a targeted loan from the federal budget to recover some of the debts, but long-term budget loans will not be provided, Putin said.

Currently, the so-called market debt, namely government securities and expensive loans in commercial banks, totals more than one trillion rubles (17.15 billion U.S. dollars), which is almost half of the state debt of Russia's constituent entities, according to the president.

"It (commercial debt) substantially exceeds the total annual income in some regions, and is higher than half of the revenue in another 11 (regions)," he said.

Earlier this month, Putin instructed the Russian government to submit a report on the program for restructuring regional debt to the federal budget before November 1, the Kremlin official website reported.

According to Russia's Analytical Credit Rating Agency, 700 billion rubles (12 billion U.S. dollars) of the aggregate debt of the Russian regions are subject to restructuring under the new rules.