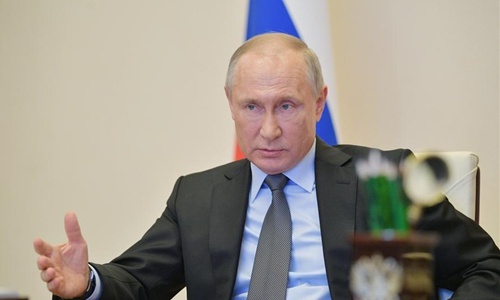 The BRICS are strengthening cooperation to combat terrorism, illegal drugs and corruption, Putin said during the 12th BRICS summit hosted by Russia via video conference.

This year marks the 75th anniversary of the end of World War II, and all BRICS countries unanimously condemned the role the Nazis played in the war, Putin said.

He said the BRICS countries consistently advocate the development of constructive relations with other states and organizations on the basis of respect for the United Nations Charter and norms of international law -- sovereign equality, non-interference in internal affairs and peaceful settlement of disputes.