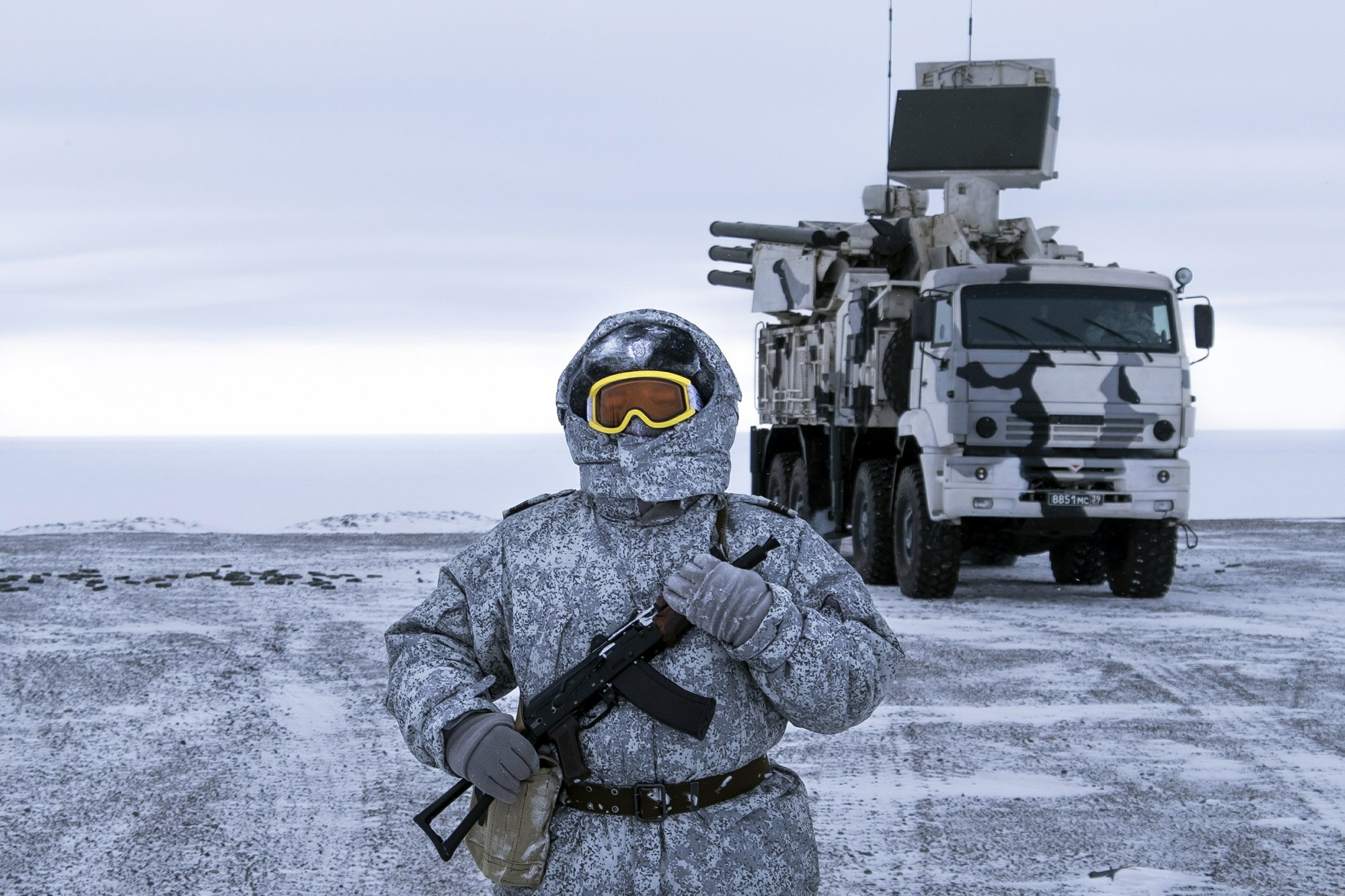 President Vladimir Putin on Tuesday put forward an ambitious program to secure Russia’s foothold in the Arctic, including efforts to build new ports and other infrastructure facilities and expand an icebreaker fleet.

Speaking at the Arctic forum in St. Petersburg attended by leaders of Finland, Iceland, Norway and Sweden, Putin said that Russia plans to dramatically increase cargo shipments across the Arctic sea route.

He said that the amount of cargo carried across the shipping lane is set to increase from 20 million metric tons last year to 80 million tons in 2025.

“This is a realistic, well-calculated and concrete task,” Putin said. “We need to make the Northern sea route safe and commercially feasible.”

He noted that Russia, the only nation with a nuclear icebreaker fleet, is moving to expand it.

Russia currently has four nuclear icebreakers, and Putin said that three new such ships are currently under construction. By 2035, Russia stands to have a fleet of 13 heavy icebreakers, including nine nuclear-powered ones, he said.

The Russian leader said that Russia plans to expand the ports on both sides of the Arctic shipping route — Murmansk on the Kola Peninsula and Petropavlovsk-Kamchatsky on the Kamchatka Peninsula — and invited foreign companies to invest in the reconstruction project.

Other ports and infrastructure facilities along the route will also be upgraded and expanded, he said.

Russia, the US, Canada, Denmark and Norway have all been trying to assert jurisdiction over parts of the Arctic as shrinking polar ice creates new opportunities for resource exploration and new shipping lanes.

Speaking at the forum, Norwegian Prime Minister Erna Solberg emphasized the need to respect international law and noted that the Arctic Council provides a key arena for dialogue.

“Now and then I hear the Arctic described as a geopolitical hotspot,” she said. “This is not how we see it. We know the Arctic as a region of peace and stability.”

She noted that “this should not be taken for granted,” adding that “it is the result of political decisions and practical cooperation between the Arctic states.”

“Respect for international law and regional cooperation are keys to ensuring peace and stability across borders,” Solberg said.

Solberg and other leaders who spoke at the forum underlined the need for all countries in the Arctic region to focus on areas of mutual interest despite differences.

The Russian military has revamped and modernized a string of Soviet-era military bases across the polar region, looking to protect its hold on the region, which is believed to hold up to one-quarter of the Earth’s undiscovered oil and gas.

“We ensure the necessary defense capability in view of the military-political situation near our borders,” Lavrov said, noting that a recent NATO exercise in Norway was openly directed against Russia.

Russia’s relations with the US and other NATO allies have plummeted to post-Cold War lows over Russia’s annexation of Ukraine’s Crimea, the war in Syria, Moscow’s meddling in the 2016 US presidential election and other issues.

Putin used the forum to criticize the US and the EU sanctions against Russia over its action in Ukraine, but emphasized that they wouldn’t hamper the country’s plans to expand its presence in the Arctic.

He charged that the US has used the economic restrictions as a tool to protect its economic interests, citing Washington’s opposition to a prospective pipeline under the Baltic Sea that would carry Russian gas to Germany as an example.

The Russian leader emphasized the challenges to the polar region posed by global warming, saying that Russian scientists believe that the climate is changing faster than indicated by earlier estimates.

“I wouldn’t like to see the Arctic turning into something like Crimea, and Crimea becoming a desert due to our failure to take timely measures,” he said.

Putin said that Russia has fulfilled its obligations under an international agreement aiming to limit global warming by cutting emissions of greenhouse gases, noting that the US has opted out of the pact.

He voiced hope that President Donald Trump will take the US back into the deal, adding that without the involvement of the US, which accounts for a large share of global emissions, the agreement wouldn’t serve its purpose.