VLADIVOSTOK, Russia, Sept. 12 (Xinhua) -- Russian President Vladimir Putin suggested on Wednesday that Russia and Japan sign a peace treaty by the end of the year without any preconditions. 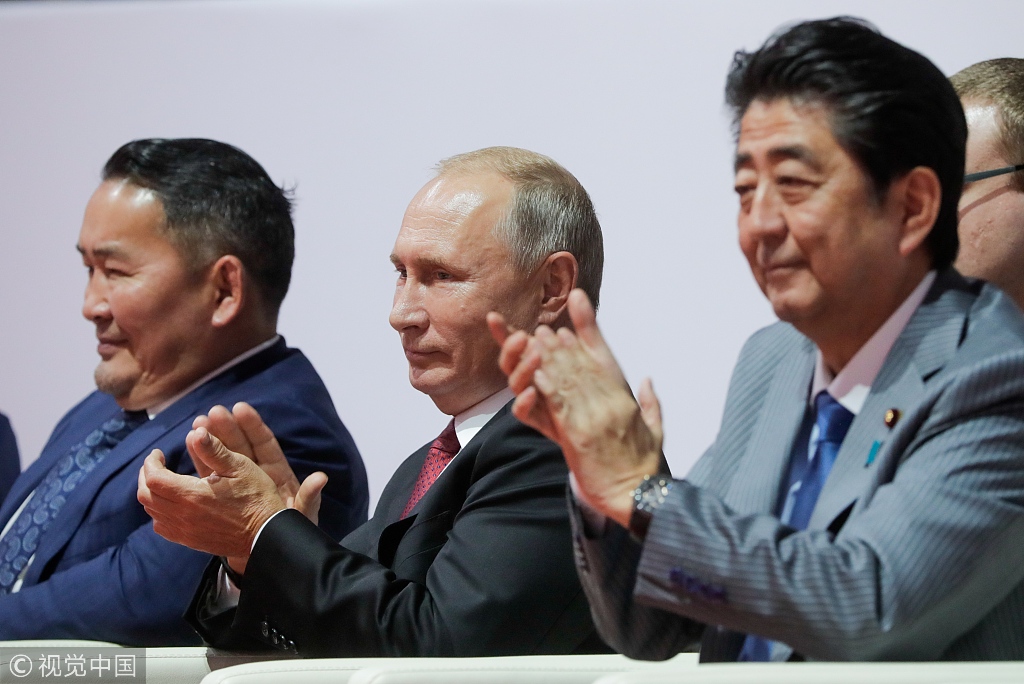 A signed peace treaty would better position the two countries to solve their outstanding issues from the past several decades, Putin told Japanese Prime Minister Shinzo Abe at a plenary session of the fourth Eastern Economic Forum here.

Earlier in the day when addressing the forum, Abe said that the absence of a peace treaty between Japan and Russia was abnormal and he suggested a change in the status quo.

Russia and Japan have rival claims to a group of Pacific islands, called the Southern Kurils in Russia and the Northern Territories in Japan.

The territorial spat has prevented the two countries from signing a post-World War II peace treaty and hindered their diplomatic and trade relations.