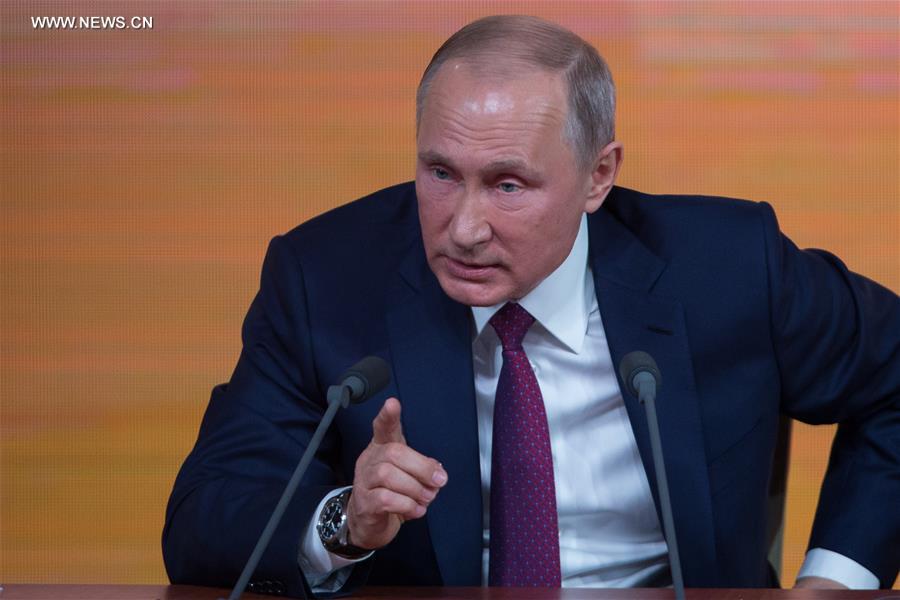 Trump proposed a meeting with Putin at the White House in a phone conversation on March 20, Lavrov recalled in an interview with Russia Today published on the Russian Foreign Ministry's website, adding that Moscow hopes Trump will give specifics on his invitation.

Trump told reporters on the same day of the phone call that he intended to meet Putin "in the not too distant future."

However, Kremlin aide Yuri Ushakov said earlier this month that the prospects of organizing the meeting have not been discussed since then.

A new round of U.S. sanctions against Russia and the recent U.S.-led missile strikes on Syria have added uncertainty to the possible Putin-Trump meeting.

As for the risk of a military confrontation between Russia and the United States, Lavrov said in Friday's interview that he is absolutely confident that Putin and Trump will not allow an armed conflict to happen.

He said Russia has noted that Trump expressed willingness on Twitter and other occasions to solve problems and mend relations with Russia. "It's better than not having those," Lavrov said.