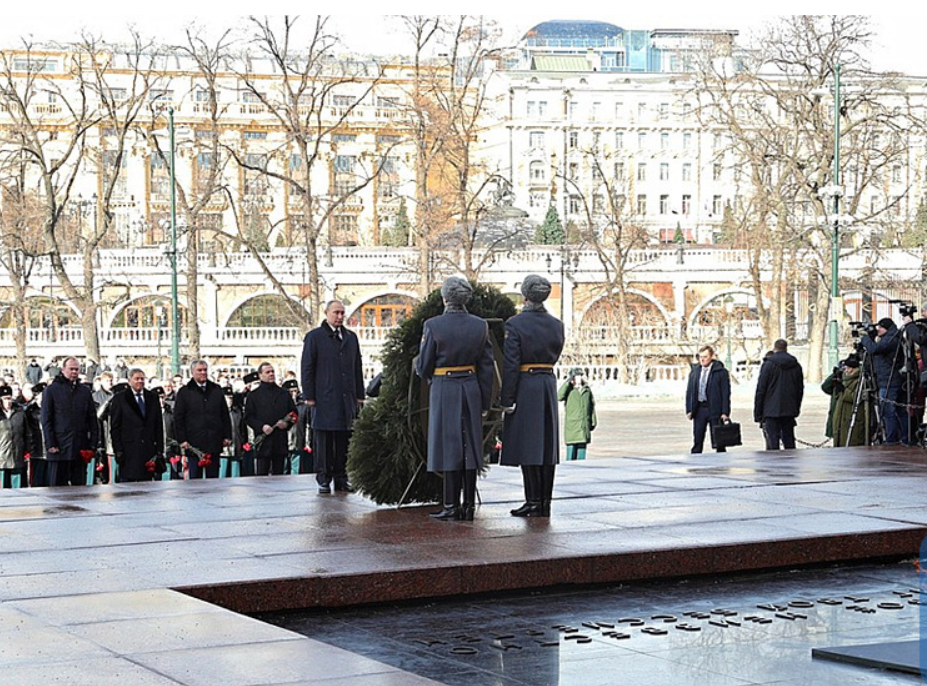 Russian President Vladimir Putin attends a wreath-laying ceremony at the Tomb of the Unknown Soldier in Moscow Feb. 23, 2019. (Photo: Xinhua)

MOSCOW, Feb. 23 (Xinhua) -- Russian President Vladimir Putin laid a wreath at the Tomb of the Unknown Soldier by the Kremlin wall on Saturday to honor Soviet soldiers killed during World War II.

Putin paid tribute to the fallen soldiers at the Eternal Flame on the Defender of the Fatherland Day, together with Prime Minister Dmitry Medvedev and other senior officials and public figures.

The president attended a gala marking the Defender of the Fatherland Day in the Kremlin on Friday and congratulated veterans, service members and civilian personnel of the armed forces on the holiday.

The Defender of the Fatherland Day is a Russian national holiday on Feb. 23 that celebrates people who are and were serving in the armed forces. Unofficially, it is also marked as Men's Day in the country.