WORLD Putin says Russia does not plan to fight anyone

Putin says Russia does not plan to fight anyone 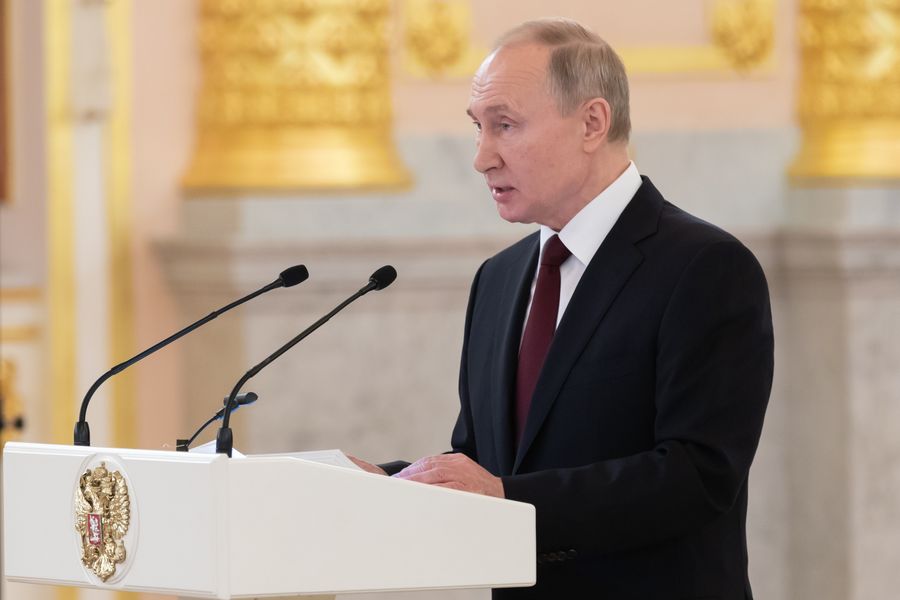 Russian President Vladimir Putin speaks at the ceremony of presenting credentials at the Kremlin in Moscow, Russia, Feb. 5, 2020. (Photo: Xinhua)

"For the first time, we have created such offensive strike systems which the world has never seen," he said in a video interview with TASS news agency entitled "20 Questions with Vladimir Putin," a part of which was aired Monday.

He specified that he was talking about hypersonic attack systems, including intercontinental-range ones.

He mentioned how the US wanted to upset the balance of power while developing its anti-ballistic missile system, believing the other side wouldn't be able to respond adequately if nuclear weapons are used against it.

However, after Russia developed its own modern systems, including those which easily evade any anti-missile ballistic system, it continued to maintain stability, essential not only for itself but also for global security, Putin said.

He said that Russia was in a unique situation, as it previously had to catch up to the US in developing strategic weapons, but now the US has to catch up to Russia.

Putin said that Russia ranked seventh in arms spending, while top spender the US had adopted a huge military budget of 738 billion US dollars for the 2020 fiscal year.

He also noted that the number of troops declined in Russia to a little more than 1 million from 1.3 million in 2000, while the share of modern armaments rose to almost 70 percent from 6 percent in the same period.