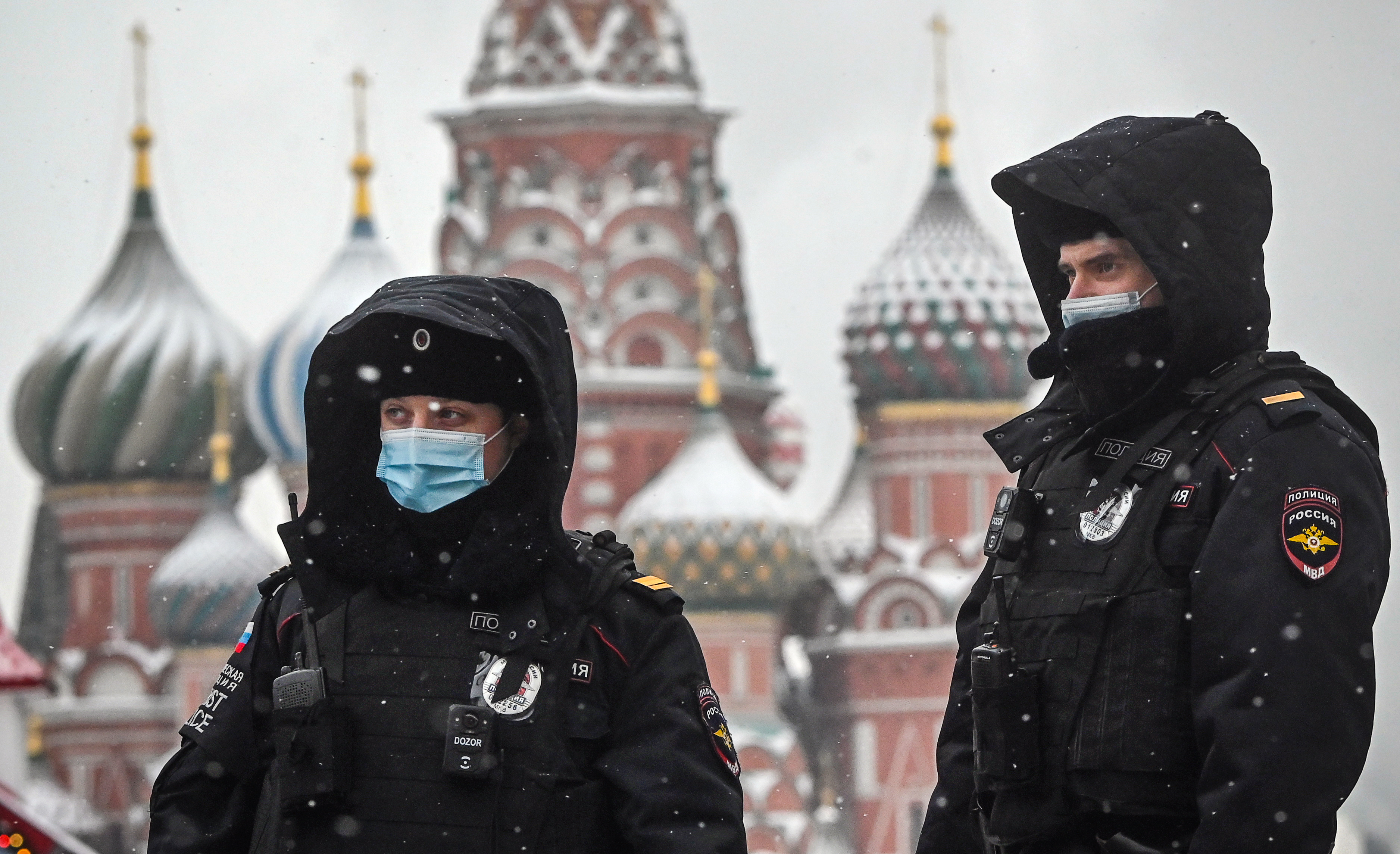 Russian police officers wearing face masks walk along Red Square in front of St. Basil's cathedral in central Moscow on January 12, 2021, amid the crisis linked with the COVID-19 pandemic caused by the novel coronavirus. (Photo: AFP)

"I ask you to begin the mass vaccination of the entire population next week," Putin told officials at a televised government meeting.

"The Russian vaccine is the best in the world," he said.

Russia in August registered Sputnik V -- named after the Soviet-era satellite -- months ahead of Western competitors and before the start of large-scale clinical trials.

"Thank God our vaccine does not require extreme conditions during transportation," Putin said.

"This is much simpler and more effective," he added, referring to Western-made jabs.

Putin said Russia should "get relevant infrastructure ready" to boost production of the vaccine, which Moscow is promoting to other countries as cheaper and easier to transport than others jabs.

Deputy Prime Minister Tatyana Golikova told Putin during the meeting that Russia was ready to launch the mass vaccination from Monday.

Russia began vaccinations with Sputnik in early December even though it was still in its third phase of clinical trials.

The country has in recent months been battered by a second wave of coronavirus infections but the Kremlin has held back from introducing sweeping restrictions like in the beginning of the pandemic.