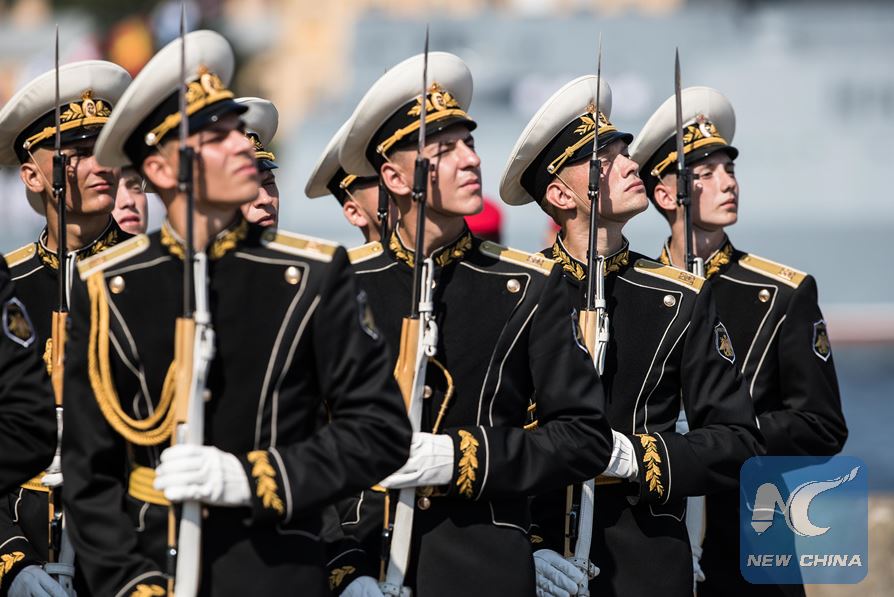 Putin made the remarks at a reception following a grand military parade marking Navy Day on the Neva River in Russia's second largest city of St. Petersburg.

"High combat readiness and effectiveness of the naval forces are the most important component to ensure the country's combat capability and its security," Putin said.

He said the Russian navy will receive 26 new ships in 2018 and four of them will be armed with the Caliber missile system.

In a speech at the start of the parade, Putin said that the Russian navy "makes a significant contribution to the fight against international terrorism and plays an important role in ensuring strategic parity."

More than 4,000 naval troops, over 40 ships and boats of various classes and naval aviation aircraft from the Baltic, Northern, Black Sea Fleets and the Caspian Flotilla took part in the parade.

Russia celebrates its Navy Day on the last Sunday of July.