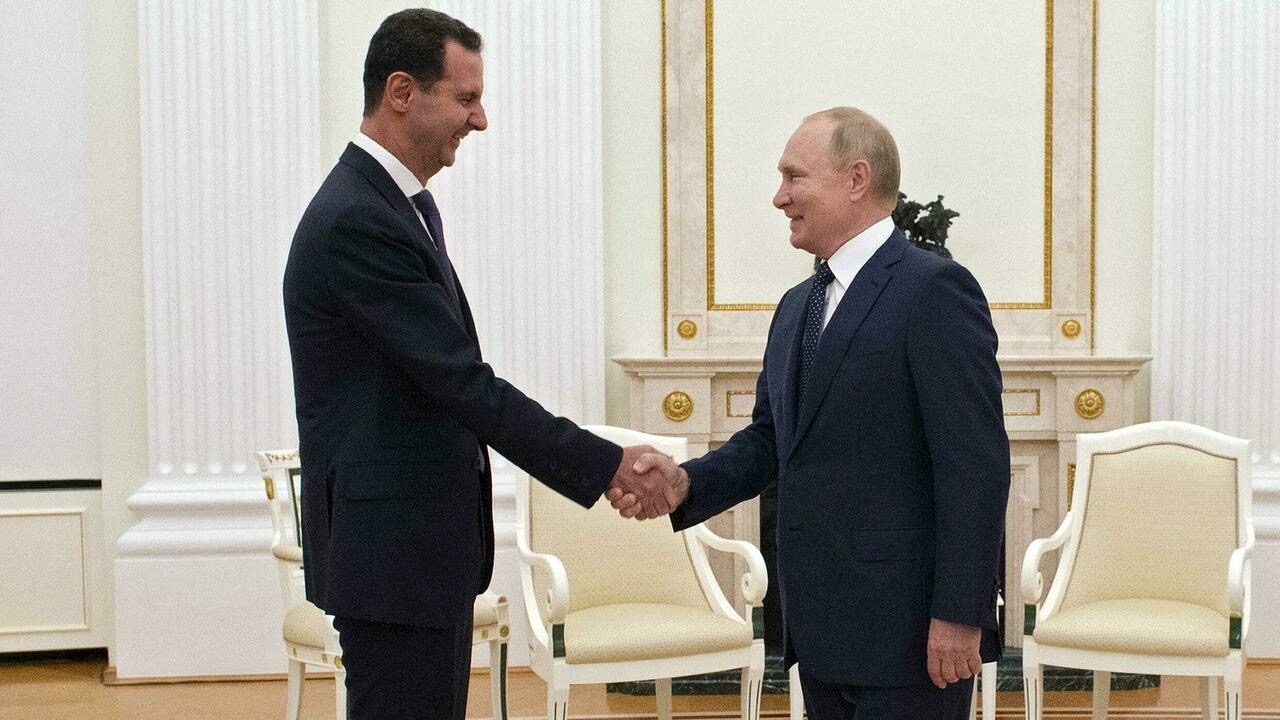 Their presence not approved by the United Nations or the Syrian leadership contradicts international law, and has impeded efforts to consolidate the country and slowed down post-war restoration, Putin said Monday during a meeting with Assad in Moscow.

Putin hoped Assad's actions to establish a dialogue with political opponents would continue as only a consolidation of all forces in Syria will allow the country to move forward.

He praised Russian-Syrian joint efforts for having dealt a serious and significant blow to terrorists and allowed the Syrian government to control 90 percent of the territory.

Putin also spoke highly of the development of trade and economic ties between the two countries, whose trade volume increased 3.5 times in the first half of this year.

During the meeting, Assad criticized "certain states" for obstructing the political processes in Syria in every possible way and said foreign sanctions were anti-human and illegitimate.

He thanked Russia for providing humanitarian aid, including COVID-19 vaccines, and defending norms of international law.