Putin signs law on imprisonment for attempts to split Russia

MOSCOW, Dec. 8 (Xinhua) -- Russian President Vladimir Putin signed a law on Tuesday in a move that provides imprisonment for those that attempt to alienate Russian territories or incite the public to such acts. 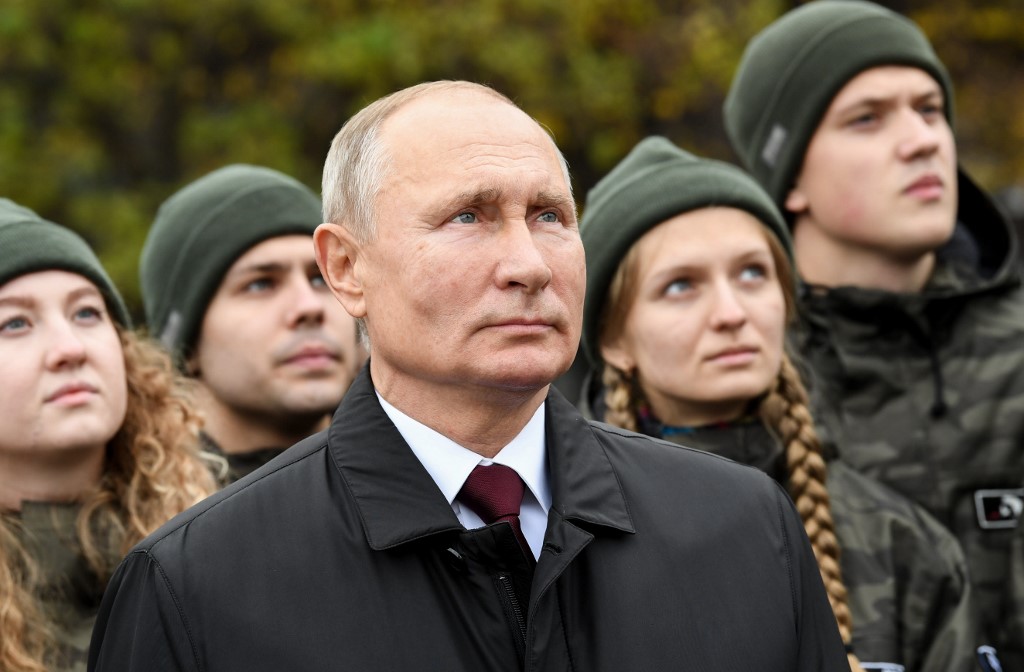 Russian President Vladimir Putin and members of youth organizations attend a ceremony at the Monument to Minin and Pozharsky on Red Square on the National Unity Day in downtown Moscow on November 4, 2020. (File photo: AFP)

According to the law, secession and other acts aimed at violating Russia's territorial integrity will be punished with a jail term of six to 10 years.
Such public appeals that are voiced for the first time will be punishable by an administrative fine of up to 500,000 rubles (6,825 US dollars), while a repeated offense within a year may result in imprisonment.