MOSCOW, June 14 (Xinhua) -- Russian President Vladimir Putin has denounced actions aimed at driving a wedge between Moscow and Beijing, stressing that China is a strategic partner, not a threat. 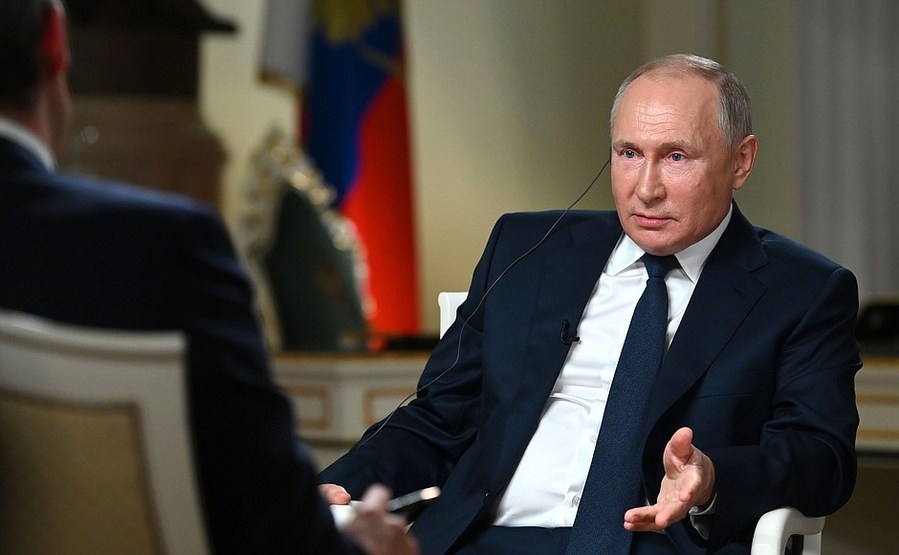 "We can see attempts to destroy the relationship between Russia and China. We can see that those attempts are being made in practical policies," Putin said in an interview with U.S. television network NBC published on Monday.

"We are pleased with the unprecedentedly high level of our relationship as it has evolved over the last few decades. We cherish it just like our Chinese friends do, which we can see," he said.

Putin praised "a high level of trust and cooperation in all areas" between the two countries, from politics and economy to technology and military.

"We do not believe that China is a threat to us. China is a friendly nation. It has not declared us an enemy as the United States has done," he said.

A huge and powerful country, China has been developing with its great economy and a tremendous volume of foreign trade, he added.

"We have been working and will continue to work with China, which applies to all kinds of programs, including exploring deep space," the Russian leader concluded.